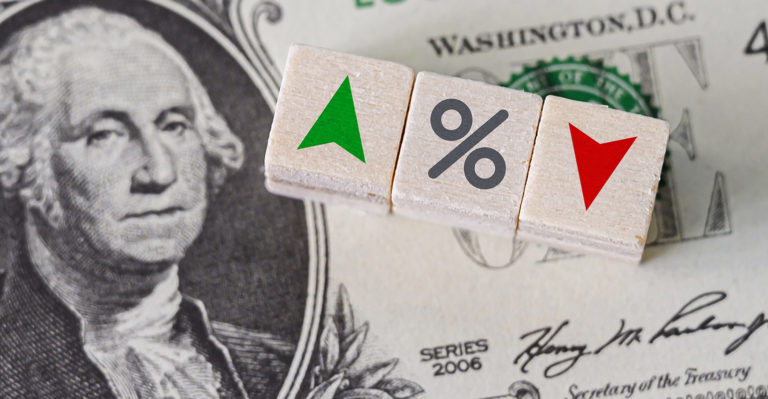 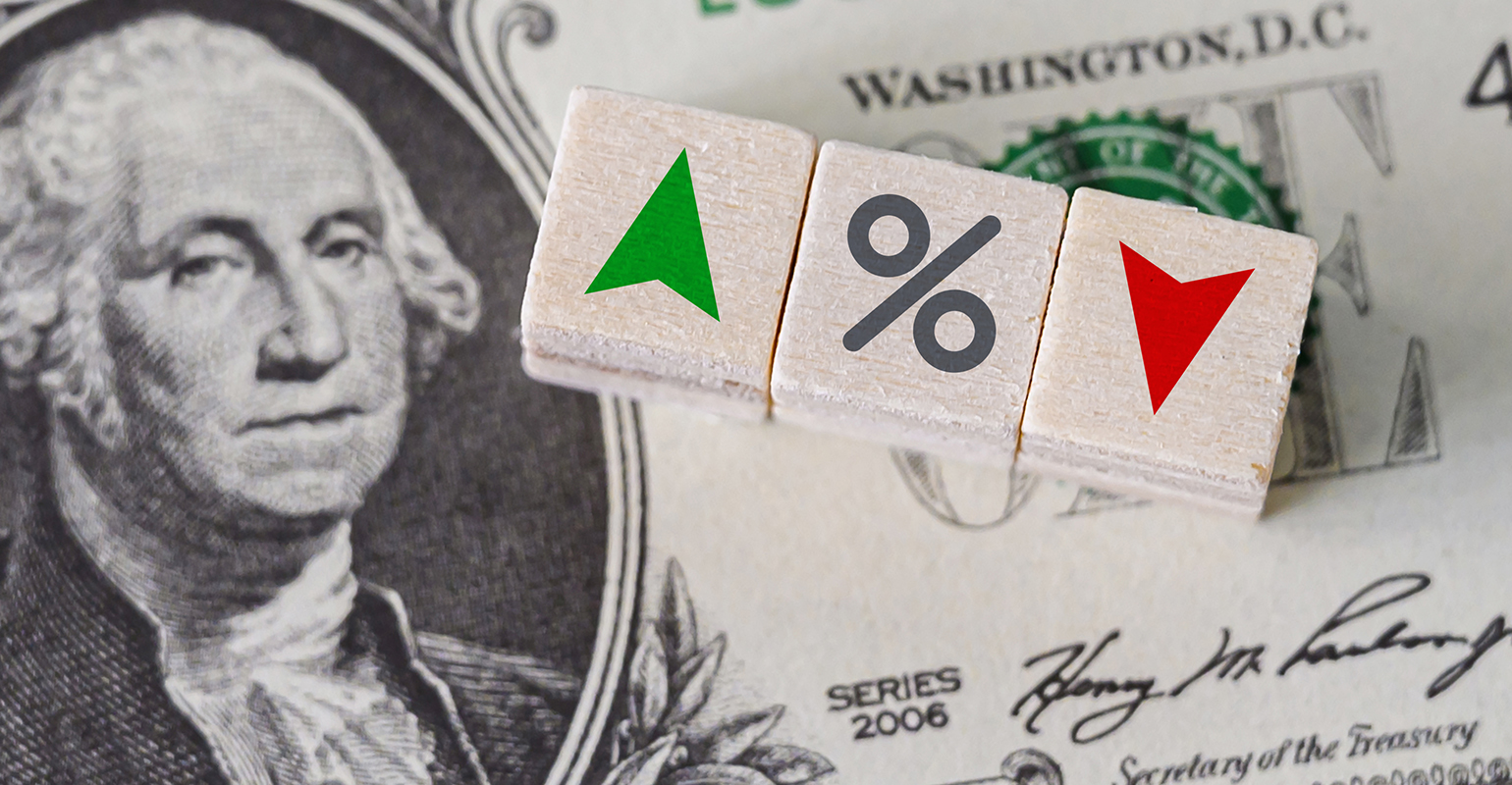 I’m getting enough questions that it seems like a reasonable idea to keep on this whole life (WL) explanation track. Immediately after writing about a recent experience regarding how direct recognition loans affect a WL policy, I was brought into another situation involving policy loans. The loans weren’t ancillary; they were the point of the transaction.

This situation is a cash value accumulation themed supplemental retirement income proposal and plans on employing heavy use of policy loans. This is also a straightforward, all-base (no term) 10-pay WL. In the 11th year, the model starts borrowing annually for decades. This is presented as tax free income for retirement with the policy loan never being paid back.

Something Doesn’t Add Up

Since the full, compliant ledger from the carrier (not provided by the agent to the client or client’s advisors) includes a scenario with no loan, even when the plan is to take loans, I was surprised to see the numbers shaking out the way they were. I saw that the chosen loan option rate was variable and assumed to be 3%, not the 6% fixed rate. This resulted in a rate of return on premiums to cash value and supplemental cash flow to be meaningfully greater in the projection with the loans than the projection with no loan at all.

Can a policy actually improve performance by taking out massive loans? The answer is yes, if that’s what you tell it to do. We need to understand the policy is the same, whether or not there’s loan on it, and the dividend is 6% in either case. The loan is from the insurance company, not the policy, and the policy cash value collateralizes the loan. To be sure, they’re tied at the hip, and the loan will affect the policy, maybe significantly. It may even destroy the policy. I think most of you know that.

Why does the transaction appear to be more favorable with the loans than without? Because of the assumed and illustrated arbitrage between the crediting and loan rates. There’s an indefinite assumed 300 basis point (bps) positive arbitrage layered into the deal. Of course that’s going to make it look good.

If I have a 3% mortgage on my home and I take the money I didn’t use to buy the home outright and earn 6% on it, I’ll be making money on a spread, right? It’s why I have a mortgage on my house. If I have an investment account that’s making 6% and borrow earnings out of it that I pay only 3% on, and the rates are fixed indefinitely, that’s going to look pretty good. Because my mortgage is fixed at 3%, that takes a lot of risk out of the deal. If my line of credit (LOC) was fixed at 3%, then the same. If the LOC was variable, I’d have to keep my eyes on things as the financial environment changed.

What about the life insurance policy? The 3% is variable, not fixed. (The client was told it was fixed at 2.5%.) But once the variable rate is chosen when the policy is issued, it can never be changed; it’s always variable.  (This isn’t the same with all carriers.) What if it goes up significantly? Won’t that change the financial dynamics of the deal? Of course it will. But the client can’t change things, and he may very well get backed into a corner. Would you be willing to make a decision today that’s based on variables that you had no control over for the rest of your life? Maybe if the assumptions were conservative and for a limited period of time, you’d take a flyer. But is assuming perpetual positive arbitrage based on financial markets at this moment in time conservative? If this was so great, why wouldn’t everyone do this every time? Literally, the more you borrow, the better things look.

This is one of the most controversial aspect of AG49/AG49A that regulates indexed universal life policies. The projections are often built to show perpetual positive arbitrage between cash value crediting and loan interest. I was involved in a situation in which the agent specifically told the policy owner that the more he borrowed, the better the deal would be. He was actually trying to build the policy with extra money going in on the front end just so it be borrowed out and “do better.”

Here’s the million dollar question … could you, or your clients, figure out which way the policy was set up? How about determining which was was more realistic? Could you discover and understand all of the variables, along with minimum and maximum parameters? Why the numbers might be coming out differently than expected? In this situation, the agent only sent the advisors two pages of numbers. All the fine print and input pages tell a lot, if you know how to get it, what to look for and what to do with it once you find it. But it still won’t tell you everything. Making lifelong decisions based on moment-in-time data that’s very variable simply isn’t a good idea. Most policy owners have little to no input. They simply go along with the program as it was presented to them.

What could go wrong? The dividend could go down, and the loan interest rate can go up. In fact, between seeing this case and writing about it, the loan interest rate has increased by 30% in just a few months.  Furthermore, there isn’t a cap on the loan rate. On the flip side, if dividends do manage to reverse their 35 year decline, any eventual increase will lag the increase in market rates that partially drive policy dividend rates and be torturously slow in their uptick.

What does this look like and why does it matter? Because the agent never provided the client with a compliant ledger, I recreated it so I could see what was going on. Then I changed the assumptions. Forget reducing the dividends, I just played around with increasing the loan interest rate. As you might imagine, it makes a huge difference. I created a baseline by running a new projection with the 88 bp increase in the borrowing rate, now 3.88%. Unsurprisingly, the policy couldn’t support the same cash flow as just a few months ago. The annual cash flow was projected to be $76,969.

Before I go any further, I also ran a projection assuming the direct recognition option with the same 6% dividend but with the fixed 6% loan interest. The supportable cash flow was $ 54,355. The $76,969 number is over 40% higher based on input assumptions, but likely unsupportable. What if another advisor told your client that they could always count on a 3% mortgage whenever they planned on financing any property for the rest of their lives? What if is was 1982 and your client was told they could always get 13% in a savings account at the local bank? What if it was 2007 and they were assured the equity in their home would never be at risk? You see how ridiculous this is? But that’s what this policy holder was being sold on, an indefinite 3% loan rate. It might not be such a critical issue if the agent wasn’t advocating maximum loans in the 11th year as soon as premiums were completed, but he was. That large supplemental income number was as good as gold to the client, and they would would have moved forward with it on an annual basis, unaware of what was happening behind the scenes.

But the policy owner should be working with the agent, who would be guiding the client and keeping them on top of market developments and continuously adjusting expectations, right? Yeah, right. You nailed it.

If the borrowing rate increased 300 bps over the next decade, the dividend rate stayed the same and the policy owner took out the originally projected $76,969, the policy would fall apart at age 72. To keep that from happening, cash flow would have to start going back into the contract (out of the policy owner’s pocket) on an annual and increasing basis to keep it from collapsing and resulting in a devastating seven figure phantom gain tax consequence. From age 72 to age 90, $500,000 more would have to be paid back into the policy than was taken out up to age 72 to keep it from lapsing. Now that’s a great retirement funding plan.

If the supportable cash flow at 6.88% loan interest was recalculated before it began, the number would have been only $23,171, 30% of what was originally projected. That’s a pretty dramatic difference when the policy crediting stayed exactly the same but only the loan interest increased from 3.88% to 6.88%. That’s roughly how much a 30-year home mortgage has increased in just two years! I’m not assuming ridiculous numbers to make a point.

It Will Be Different

This exercise is all academic, and it won’t pan out this way, but that’s kind of the point. It will definitively pan out differently than how it was originally presented or modeled, for better or worse, but very many people don’t understand that. I’ve seen it over and over again.

Despite how obvious these shortcomings are, assuming one knows the inputs and assumptions, this client, like most policy owners, had no idea. His attorney and accountant had no idea. This traditional, mutual WL policy is postured as being so conservative and with so many underlying guarantees, that the significant indefinite supplemental income projection is pretty much taken as a sure thing. The fact that it isn’t, that the entire transaction could fall apart and that the policy could implode and wreck financial havoc, isn’t even in their periphery.

Bill Boersma is a CLU, AEP and LIC. More information can be found at www.OC-LIC.com, www.BillBoersmaOnLifeInsurance.info, www.XpertLifeInsAdvice.com,www.LifeLoanRefi.com, or email at [email protected] or call at 616-456-1000. 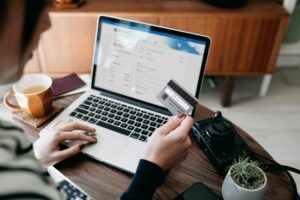 November 28, 2022
We use cookies on our website to give you the most relevant experience by remembering your preferences and repeat visits. By clicking “Accept All”, you consent to the use of ALL the cookies. However, you may visit "Cookie Settings" to provide a controlled consent.
Cookie SettingsAccept All
Manage consent