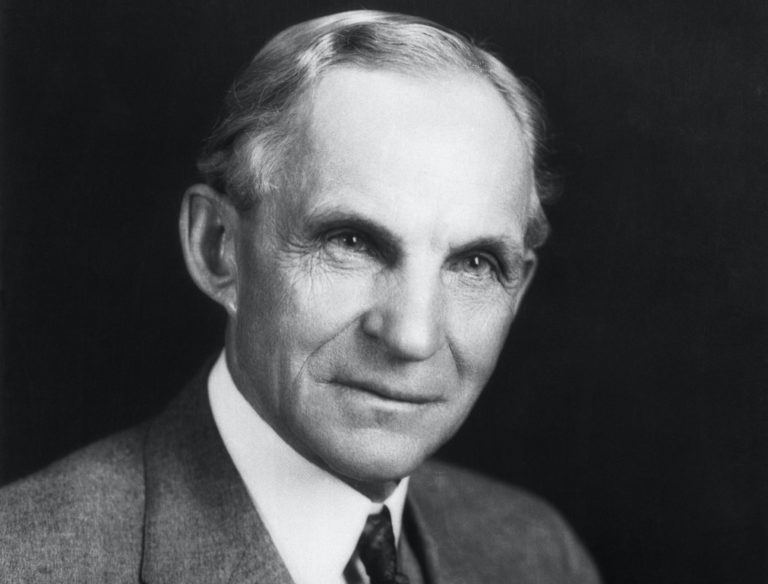 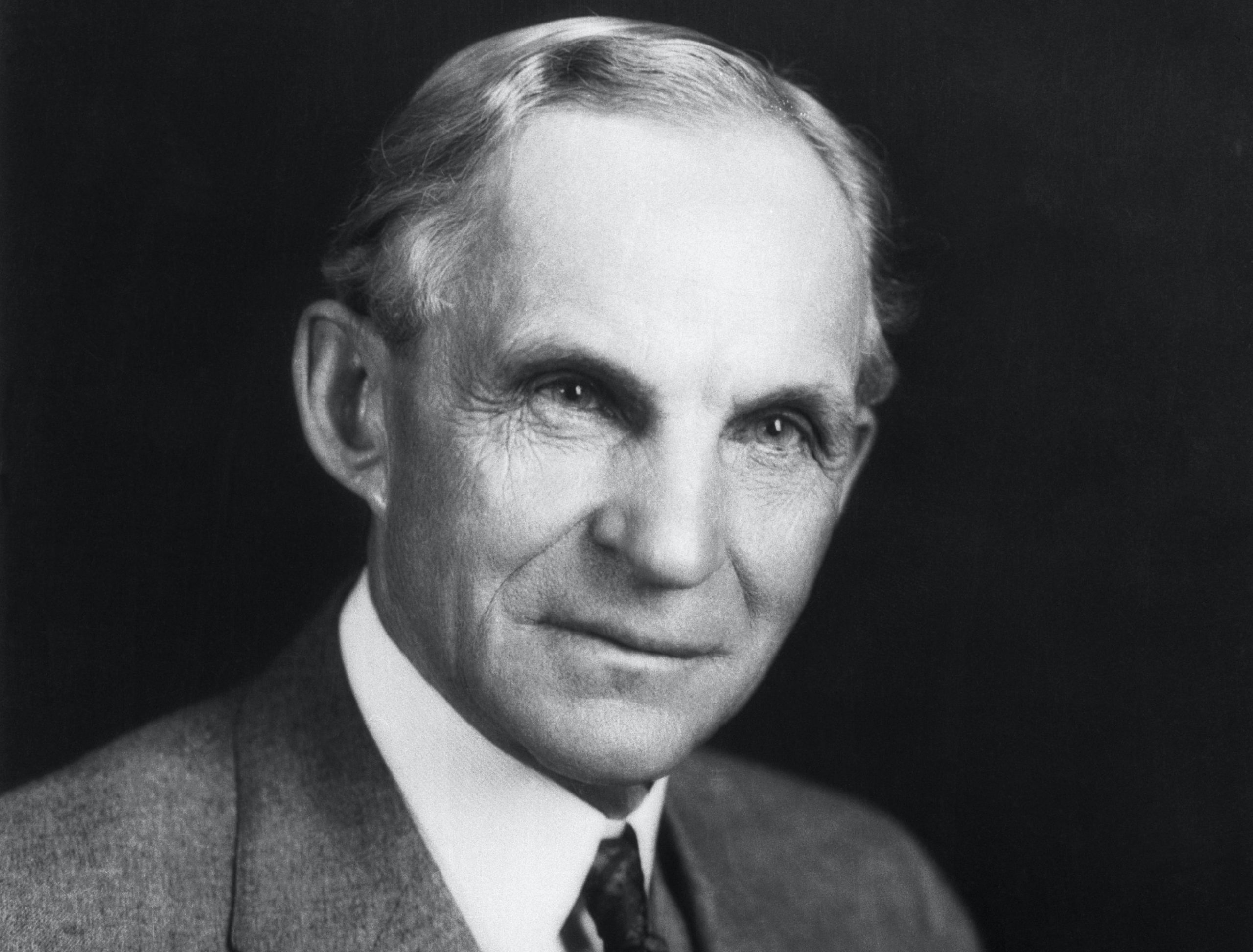 Who Was Henry Ford?

Henry Ford was an American inventor and business magnate, and the founder of Ford Motor Company. He invented several vehicles, most famously the Model T automobile, and changed the auto industry forever by introducing the moving assembly line to car production. His industrial innovations were so economically impactful that the term “Fordism” came to refer to the mass production and consumption that they enabled, as well as more broadly characterizing the pace and nature of capitalist economy seen in the postwar era.

As a powerful business figure, Ford himself was also quite impactful, publishing several books over his lifetime that featured his views on industry, society, and innovation. Unfortunately this impact also had its dark sides. In 1922, he took over ownership of “The Dearborn Independent,” his local newspaper, and for many years wrote and issued a series of anti-Semitic articles titled “The International Jew,” in which he scapegoated Jewish people and claimed they were conspiring to run the world. Ford later released a formal apology regarding the series after being sued for libel.

Born in Springwells Township, Wayne County, Mich. (now part of southwest Detroit) in 1863, Henry Ford was the eldest of six children. His father, an Irish immigrant, settled in America in 1847 on a farm in Wayne County. He showed an interest in mechanics and machinery from a young age, spending much of his time in a self-built machine shop. By the age of 15, he had built a steam engine.

His career began with an apprenticeship in Detroit in 1879, followed by a stint repairing steam engines in southern Michigan. For a while, he ran a small lumber business selling timber from his father’s land, but by 1891 had a job as an engineer at Detroit’s Edison Illuminating Company, founded by Thomas Edison (who would go on to mentor Ford and become his lifelong friend). In November 1893, he was appointed their chief engineer.

In 1888, Henry Ford married Clara Jane Bryant, whose father was also a farmer from Wayne County. In 1893, their first and only son, Edsel Bryant Ford, was born.

Ford’s first vehicle-related invention was a one-cylinder, gasoline-fueled, internal combustion engine that he built in 1893. The engine would later power his first vehicle, finished in 1896. The quadricycle, a sort of horseless carriage, comprised four bicycle wheels and a four-horsepower engine, and could only drive forwards, not in reverse.

In 1899, Ford left the Edison Illuminating Company to become one of the founders of the Detroit Automobile Company, but left within a year; the company went bankrupt about 18 months after its founding.

In 1901, Ford founded the Henry Ford Company (which later became the Cadillac Motor Car Company) and again left after about a year. Meanwhile, Ford had been working on a series of racing cars, which turned out to be quite successful in winning races and even setting speed records.

June 1903 saw the founding of the Ford Motor Company, which sold its first car in July, turned a profit in its first year, and expanded internationally over the years to follow.

The famous Model T was introduced in 1908, and by 1927, 15 million of them had been sold, setting all-time car sales records. Known as “Tin Lizzie,” the Model T was reliable, cheap, and easy to maintain, aspects that contributed to its major mass-market appeal. In 1913, the introduction of the moving assembly line method of production and its introduction to the Model T factory revolutionized the car industry and manufacturing more broadly.

Though the moving assembly line was incredible for the Model T, making it possible to produce one in just ninety minutes, workers hated it. The new production method had made work boring and repetitive, but also strictly timed, due to the requirement to finish a task before the vehicle moved along down the production line. Many workers left to find jobs with competitors.

This high turnover led Ford to introduce the “$5 Day” in 1914. At the time, $5 was double what a factory worker could expect to earn in a day. Ford also reduced the shift length to eight hours, an hour less than the previous standard. While favorable to workers, the change also allowed Ford to run three shifts per day, making the factory operations substantially more efficient.

In 1926, Henry Ford introduced the five-day work week, shutting down his factories on Saturdays and Sundays. After the initial tumult, these changes turned out to be remarkably competitive ones in the contemporary labor market, eventually giving the company a significant hiring advantage as well as increasing employee retention and quality of life (in part by making Ford’s cars affordable to their own employees and offering employees more leisure time).

Henry Ford was replaced as president of Ford Motor Company in 1919 by his son, Edsel. He remained one of the sole owners of the business, along with his wife, Clara, and Edsel, having bought out his investors on the same day he was succeeded as president of the company. However, in 1943, upon the death of his son, Henry Ford once again assumed the presidency of Ford Motor Company until his grandson, Henry Ford II, took over in 1945.

In 1946, Henry Ford was recognized by several major industry organizations for his achievements, including the first ever Gold Medal award from the American Petroleum Institute.

During his life, Ford wrote several books together with collaborator Samuel Crowther: My Life and Work (1922), Today and Tomorrow (1926), Moving Forward (1930), and Edison, As I Know Him (1930). Moving Forward discussed his thoughts on industrialism and society.

Ford died at the age of 83 in Dearborn, Michigan on April 7, 1947, of a cerebral hemorrhage. His body is buried at St. Martha’s Episcopal Church in Detroit.

“Fordism” and the Moving Assembly Line

Ford did not invent the assembly line, but in borrowing the conveyor belt and production processes from industries such as meat packing, he did revolutionize it. Rather than workers needing to move around the factory and the vehicle as they built it, the vehicle was built as it literally moved along the production line.

The introduction of increased wages, leisure time, and access to the affordable Model T are often cited as being influential in the creation of America’s middle class. Ford famously increased wages for his employees, paying them enough that they were able to afford to buy his cars and also creating a workspace that was more likely to retain the workers for longer. The term “Fordism” speaks to the impact of Ford’s industrial innovations and refers to the contemporary era’s feverish pace of mass production and consumption in the postwar era. It is no coincidence that Aldous Huxley chose Ford’s name to signify a sort of religious figure in his 1932 science fiction novel, Brave New World. References to “Ford,” “fordliness,” and “Our Ford” throughout accent Huxley’s dystopian portrayal of mass culture.

Stance on War, and Anti-Semitism

During World War I, Ford was an active pacifist, funding a ship in 1915 called the “Oscar II” that journeyed to neutral European countries in an effort to mediate and promote peace. However, Ford’s pacifism had a troubling expression in terms of his larger worldview. In 1918, he purchased the local newspaper, The Dearborn Independent, and in 1920, started publishing a series of anti-Semitic articles, which would continue over the next few years and were carried in 91 issues of the paper in total.

The newspaper campaign portrayed Jewish people as scapegoats for World War I, as well as anything and everything he came to take issue with, from modern music to economic upheaval. Though Ford’s views might seem to be situated within his contemporary context and the atmosphere of xenophobia in late 19th and early 20th century America, he went to great lengths to publish and participate in anti-Semitic discourse. He collected the series of articles into a four-volume set titled The International Jew and printed and distributed half a million copies, some via subscription.

Ford also reprinted “The Protocols of the Elders of Zion” in The Dearborn Independent. The piece was a forged document claiming to reveal a conspiracy of Jewish world domination but Ford printed it as if it were a factual article. The reach and influence of his newspaper was immense for what would otherwise have been a small-town publication, given Ford’s reputation and the fact that his network of dealerships across the country carried the paper. He was even considered as a candidate for the American presidency in the 1920s.

In 1924, Ford was sued for libel by a Jewish American activist, Aaron Sapiro, regarding an article Ford had published in The Dearborn Independent. Shortly before the trial, Ford closed the newspaper and settled the case outside of court with Sapiro, paying him a cash settlement and releasing a formal apology written by a mediator and the president of the American Jewish Committee, Louis Marshall.

What is Henry Ford Best Known For?

Did Henry Ford Invent the Car?

Henry Ford was not the first person to invent a car, but he did invent one of the most famous vehicles of all time, the Model T.

Henry Ford did not invent the concept of the assembly line (that is credited to Adam Smith in “The Wealth of Nations”) but he did introduce it to the car manufacturing industry, borrowing the idea of using a conveyor belt from the meat packing industry to make it into a moving production line.

Yes. Henry Ford was vocally anti-Semitic, publishing a series of articles in his newspaper, The Dearborn Independent for many years that blamed Jews for anything he took issue with. In his newspaper he also reprinted “The Protocols of the Elders of Zion,” a forged document that claimed to uncover an international Jewish conspiracy, presenting it as an authentic exposé.

Yes. Henry Ford introduced the 40-hour work week to his factory staff in May 1926, and to his office staff in August 1926.

By introducing the moving assembly line, Henry Ford was hugely influential in changing the way that we manufacture not only cars, but all types of goods. His innovations in the structure of work also contributed to the post-World War II rise of the American middle class, changing the economic landscape of the country.