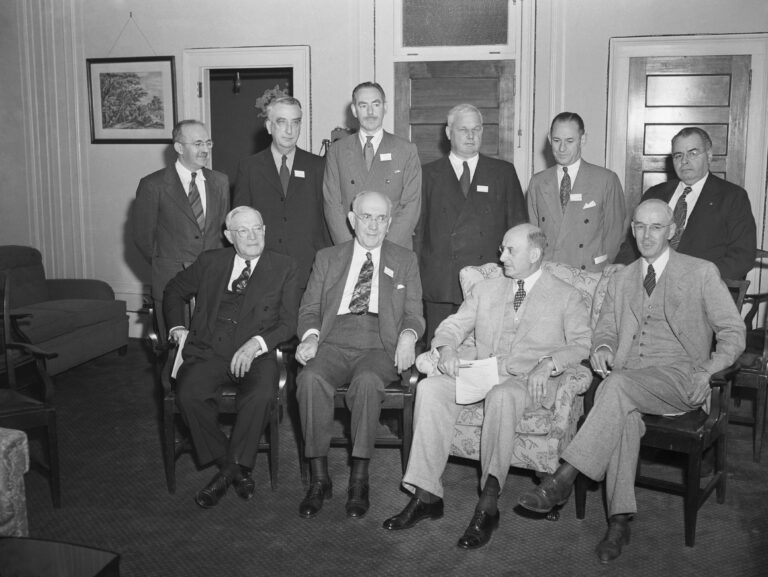 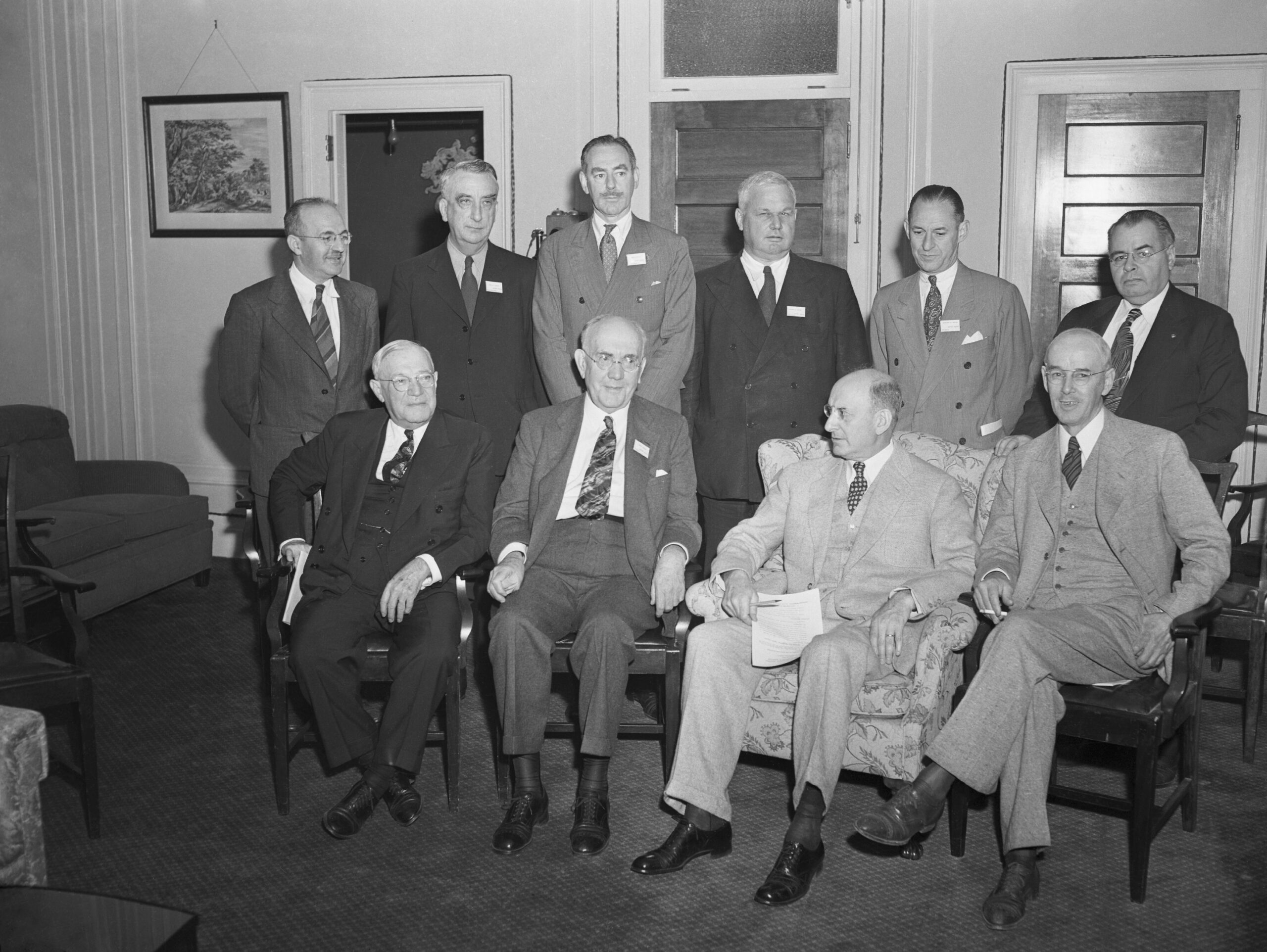 Harry Dexter White was the driving force behind the Bretton Woods agreement that spawned the International Monetary Fund (IMF) and the World Bank. In his role as a government economist, White became the architect of the modern, postwar world economy and helped the U.S. become the global power it is today. However, he is mainly remembered for allegedly being a Soviet spy.

White was born in Boston on Oct. 9, 1892. He was the seventh and youngest child of Joseph Weit and Sarah Magilewski, a Jewish couple hailing from Lithuania. White worked for a while in the family hardware business and then served in the U.S. Army during World War I.

A college education would come later. According to historians, White began university when he was 30, studying at Columbia, then Stanford, and finally at Harvard, where he wrote a doctoral thesis on French international payments in the prewar period that won the Harvard University Department of Economics’ annual David A. Wells Prize.

Harry later changed his surname from Weit to the more American White and added Dexter as a middle name.

After finishing his education, White taught at Lawrence College in Appleton, Wisconsin. It was during this period that he received an unexpected letter that would significantly alter his career path and life—and perhaps even the fate of the U.S. and global economy.

In 1934, one year after White’s PhD thesis was published, Professor Jacob Viner wrote a letter to White asking if he wanted to work for Viner at the U.S. Treasury in Washington, D.C. White accepted the invitation and from there began a career as an economist for the government.

Over the next few years White traveled the world, traded ideas with famed economists such as John Maynard Keynes, and gradually moved up the ranks. By 1938 he had been appointed director of the Division of Monetary Research and then, in 1941, at the height of World War II, he became a top advisor to Secretary of the Treasury Henry Morgenthau, Jr., and was placed in charge of all of the Treasury Department’s international matters.

The International Monetary Fund and the World Bank

White’s early Treasury writings revealed that he was a New Dealer, committed internationalist, and firm believer that cooperation among nations was necessary to avoid a repeat of the Great Depression and achieve global economic prosperity.

Almost from the very beginning, White’s internal reports called for international monetary stability. After the war his high status within the government of arguably the most powerful country in the world enabled him to act on this belief and create the International Monetary Fund and the World Bank at the Bretton Woods conference in Bretton Woods, N.H. in July 1944.

As the leading international economist at the U.S. Treasury, White drafted the U.S. blueprint for the IMF. His plan was competing with the vision of Keynes and, in the end, it was White’s that mainly came out on top. White, though lacking the stature of Keynes, was viewed as a good economist with a decent grasp of international policy and ability to explain issues with exceptional clarity. However, what mainly got his plan the nod was America’s economic and political power.

Keynes wanted to establish a global central bank and issue a new international reserve currency called the “bancor” (a name subsequently adopted by an Israeli-developed cryptocurrency in 2017 as an homage to Keynes). White, on the other hand, envisioned a more modest lending vehicle and a greater role for the U.S. dollar. His objective was to essentially make the U.S. currency the global trade and finance vehicle.

Was White a Soviet Agent?

White controversially encouraged the Soviet Union to participate in the Bretton Woods conference in 1944 and regularly spoke of the importance of the Soviet Union to the U.S. and global economy. Eventually, those words and actions would come back to haunt him.

Around the time White was appointed executive director of the IMF by President Truman, reports surfaced that he was engaging in espionage. FBI informants claimed White belonged to a group of Communist sympathizers who hatched plans in the mid-1930s to spread their influence throughout the U.S. government. The informants claimed that the group had been handing over confidential information about the economic situation of the U.S. and its wartime allies to people whom it knew were operating as Soviet spies. Those fears then appeared to be confirmed by intercepted Soviet communications secured as part of an intelligence program code-named Project Venona.

In August 1948 White testified before the House Un-American Activities Committee (HUAC), dramatically pleading his innocence and denying ever being a Communist. He defended himself successfully, only to die of a heart attack three days later.

Speculation that White was a Soviet agent has never fully gone away. The allegations were revived five years after his death, at the height of Senator Joe McCarthy’s Red Scare, despite White having previously cleared his name before both a federal grand jury and the HUAC. What’s more, a 2000 report from the IMF based on newly declassified evidence concluded that “evaluation of that evidence in the context of White’s career and worldview casts doubt on the case against him and provides the basis for a more benign interpretation.”

Although White was accused of being a Soviet agent, that accusation was never proved, and the evidence against him is patchy, open to interpretation, and not 100% conclusive. Indeed, the IMF published a report in 2000 suggesting that newly declassified evidence supports his innocence.

Why Did Bretton Woods Fail?

The Bretton Woods system collapsed when President Richard Nixon ended the dollar’s convertibility to gold. In the early 1970s foreign-held dollars exceeded the U.S. gold stock, indicating that the country no longer had the ability to fulfill its obligation of redeeming dollars for gold.

Why Is the IMF Important?

The decisions made by the IMF impact people across the globe. It acts as a lender of last resort and is basically tasked with being a stabilizing financial force and helping the economies of the world to grow.

When the name Harry Dexter White comes up in conversation, it’s usually to discuss how he betrayed U.S. national interests and spied for the Soviet Union. Those hefty allegations—which have never been proved and were challenged by analysis of newly declassified evidence in a 2000 IMF report—counteracted what he worked hard to achieve, overshadowing everything else and effectively obscuring his contributions.

White, alongside Keynes, created the postwar international economic system and successfully ensured that the U.S. sat at the head of the table. That makes him one of the most important economists of the 20th century, regardless of the allegations of spying. 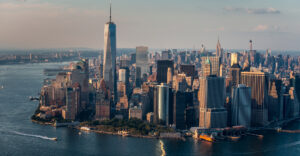