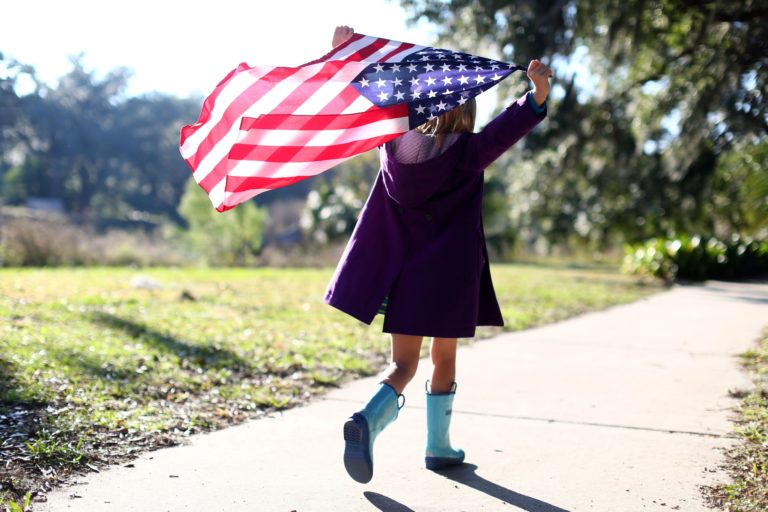 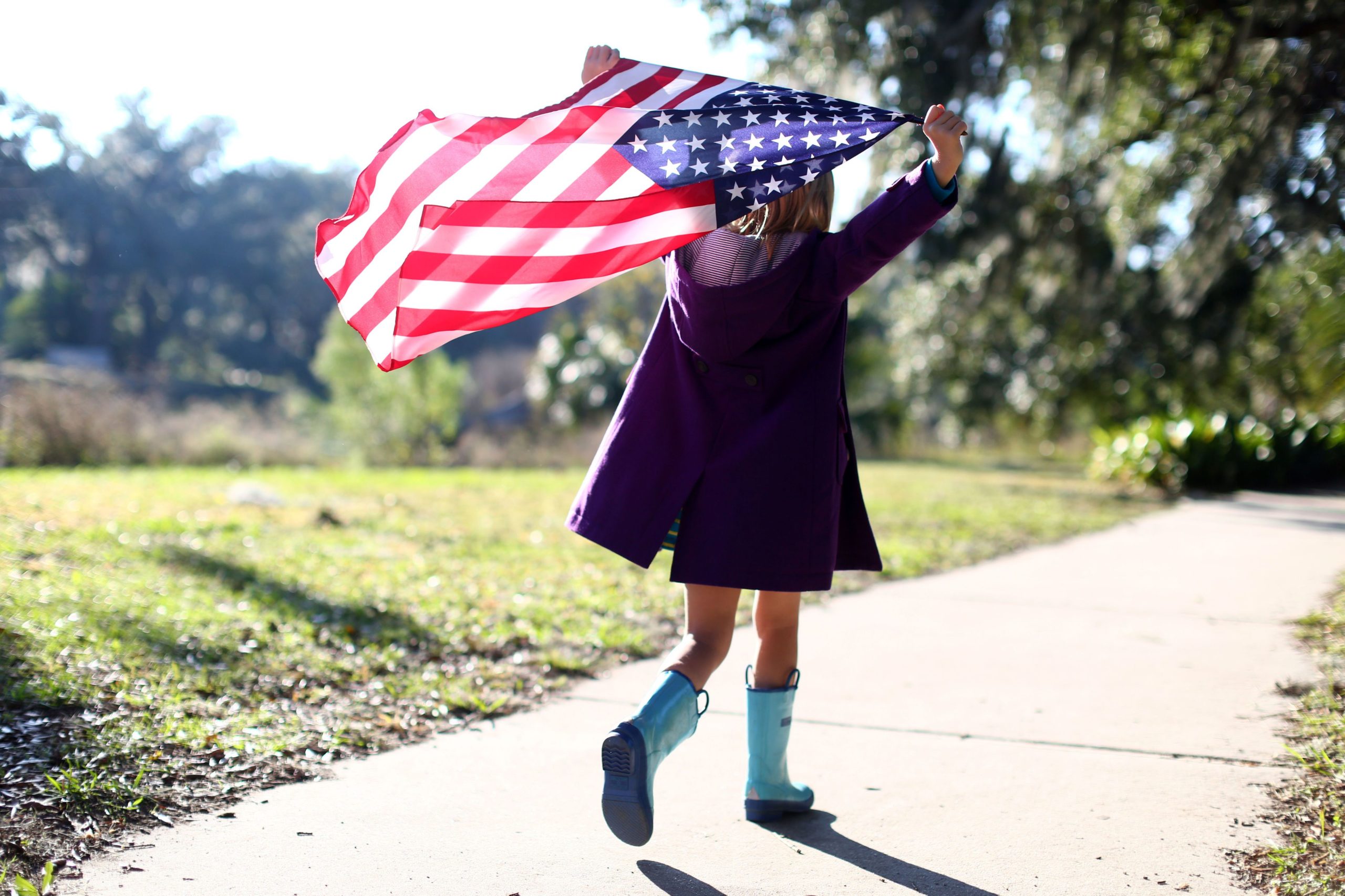 The American Dream at its core is the belief that every generation should enjoy greater prosperity than the generation before it. It originated with the ideal of equality, justice, and democracy for the nation, but has morphed into a goal of individual prosperity—often defined by certain milestones, such as buying a home and a car, getting married, and having children.

The concept, coined during the Great Depression, has changed over time, as have the economic realities of the country. While the above description may accurately portray the dream for baby boomers, it plays somewhat differently for younger generations.

For baby boomers, born between 1946 and 1964, attempts to achieve the American Dream have centered on traditional milestones of stability such as purchasing a home and car, getting married, and having children. However their ability to achieve that dream was starkly different depending on race.

Baby boomers came of age during a time when the United States enjoyed considerable wealth and economic security, arising partly from the country’s predominant place in the second half of the 20th century. The U.S. emerged from the Second World War economically strong and brimming with confidence. It didn’t have debt associated with rebuilding as European countries did, and the factories once used to construct wartime goods were retooled as engines of economic growth and job security. The 1944 GI Bill of Rights, for example, subsidized education and home purchases for veterans. These trends allowed the parents of many White baby boomers to find secure, well-paying jobs, which drove patterns of high consumption. A large percentage were able to own a home, drive a new car, and have two or more children because they could afford it.

This expression of the American Dream, however, tended to be exclusionary, as the first part of this period predated the 1964 Civil Rights Act. Only some people enjoyed the wealth and benefits associated with this time in American history. Some of the very programs aimed at improving economic mobility served to exclude many from prosperity, such as in the redlining that began during Franklin Delano Roosevelt’s administration and segregated America, pushing resources away from communities of color. During the FDR administration, to focus on that one example, federal housing policies refused to insure Black housing, in effect demanding segregation and setting up racial dynamics that continue to have an impact. Similarly, Black veterans of World War II did not enjoy the same benefits as White veterans.

Originally, the American Dream meant “equality, justice, and democracy” for the country, having become popular as part of the Progressive Era’s reaction against what they saw as the material obsession and business corruption of the Gilded Age, historian Sarah Churchwell says. The term was popularized in 1931, during the Great Depression, by James Truslow Adams in his book The Epic of America. It was repurposed by successive generations, becoming, during the Cold War, indelibly connected to a consumer capitalist vision of society and the notion of individual wealth. The concept has been used memorably throughout American history, including by Martin Luther King Jr. in his “Letter from a Birmingham Jail.”

Since the 20th century, changing economic and social realities have challenged—and sometimes dislodged—these traditional notions about the American Dream. Younger generations, such as Generation X, have seen a marked increase in gender equity in employment, as well as in educational credentials. They are more racially diverse, than earlier generations, though continuing disparities continue to favor those who grew up in affluent, educated, predominantly White families. And, at the same time, student loan debt has ballooned.

Moreover, salaries no longer go as far as they once did, which means ideas of what constitutes the American Dream have changed for Generation X and mIllennials (also known as Generation Y).

Home prices have risen dramatically as compared to average wages over the last several decades. In 1960, the average income for a family was $5,600, and the median home price was $11,900—2.1 times the average salary, according to the U.S. Census Bureau. In 2019, the median household income was a seemingly impressive $68,703, but the median home price was $315,000, which is more than four times the median yearly salary. This is one potential explanation for why Generation X and mIllennial Americans seem less interested in homeownership than baby boomers were. Owning a home feels more and more out of reach.

The average wage, while much higher, has about the same purchasing power as it did 40 years ago, according to a 2018 study by Pew Research.

Just 56% of millennials and 59% of Gen Xers see homeownership as the top ingredient of the American Dream, compared to 68% of baby boomers, according to a 2018 study by Bank of the West, which compares the three generations. Despite this, home ownership was still the top goal for millennials and Gen Xers. [For boomers, it was the number-two goal after “retiring comfortably” (73%).]

Notably, more millennials and Gen Xers have expressed regret at having purchased a home than baby boomers. This may be explainable by the relative expense of home ownership rather than by an ideological distaste for home ownership. More than two-thirds (68%) of millennials and 55% of Generation Xers who have bought a home have regrets, compared to just 35% of baby boomers, the study found.

Generational Differences in the American Dream

A report from the Pew Charitable Trusts indicated that fewer than half, only 37%, of Americans believe that their children will enjoy more success. That belief may track with the underlying economic reality for younger generations. So what does the American Dream mean to generations raised in the more challenging—but arguably somewhat more open, diverse, and egalitarian— circumstances of the late 20th and early 21st centuries?

Looking back at Generation X, the generation born between 1965 and 1980, Pew reports that it sits at a crossroads in the history of economic mobility and stability in America. Gen Xers seem to be doing less well than baby boomers. The underlying economic reality has changed and so has, though perhaps less drastically, the way that younger generations think about the American Dream. This isn’t only true for Gen X,.

One generation down, the millennials—who have been affected by the Great Recession and rising student loan debt—emphasize freedom and financial well-being when thinking about the American Dream. Millennials rank pursuing their passions much higher as part of the American Dream than older generations, with almost half (47%) saying as much, according to the Bank of the West study. Only 29% of Gen X—and 27% of baby boomers—feel the same way.

Remaining debt-free remains a top priority across generations. Being debt-free is the second-most important ingredient of the American Dream for millennials—and the third for Gen Xers and baby boomers, according to the Bank of the West study. Baby boomers are still ahead of the pack in thinking so (61%), followed by millennials (51%), and Gen Xers (50%).

The top component of the American Dream for boomers—not surprisingly, given that many are of retirement age—is retiring comfortably (73%). For Gen Xers, retirement tied for top component with owning a home (both 59%). And, despite their youth, millennials ranked it number three (49%). Children, marriage, and owning a car are all farther down the list.

What Is The American Dream?

The American Dream is a concept, central to the American identity, that holds that each generation will do better than the last. The concept has evolved considerably over the 20th century, becoming connected to a consumer capitalist vision of society.

Is the American Dream Different for Different People?

Yes, in a word. The concept, originally popularized in 1931 by James Truslow Adams, has been redefined by successive generations—and indeed differs from person to person—though it usually includes some notion of access to opportunity.

How Do Millennials Think About the American Dream?

The Great Recession, among other things, changed the economic reality of the United States, which might have caused some changes in the way younger generations, like millennials, conceive of the American Dream. Some studies have suggested millennials emphasize freedom over the post-war hallmarks of homeownership and family.

Nationally, public opinion polling has suggested that Americans continue to believe that the American Dream is “achievable,” though pollsters have noted that the broad figures conceal disparities by age, gender, and race. Some polling, for example, has suggested that Black Americans, when compared to White or Hispanic Americans, are both more likely to be dissatisfied with their actual financial situation and more likely to believe that achieving The American Dream will be easier for them than their parents.

The concept of the American Dream is a kind of American civic religion that is intimately connected to the notion of a classless society and may draw its roots from the frontierism in early and 19th century America—and to a secularized version of the religious yearnings of early American settlers. Debates about what the American Dream is, what it means, and who has access to it have been points of contention historically (and continue to be). The concept will likely continue to evolve along with the realities of life in America.