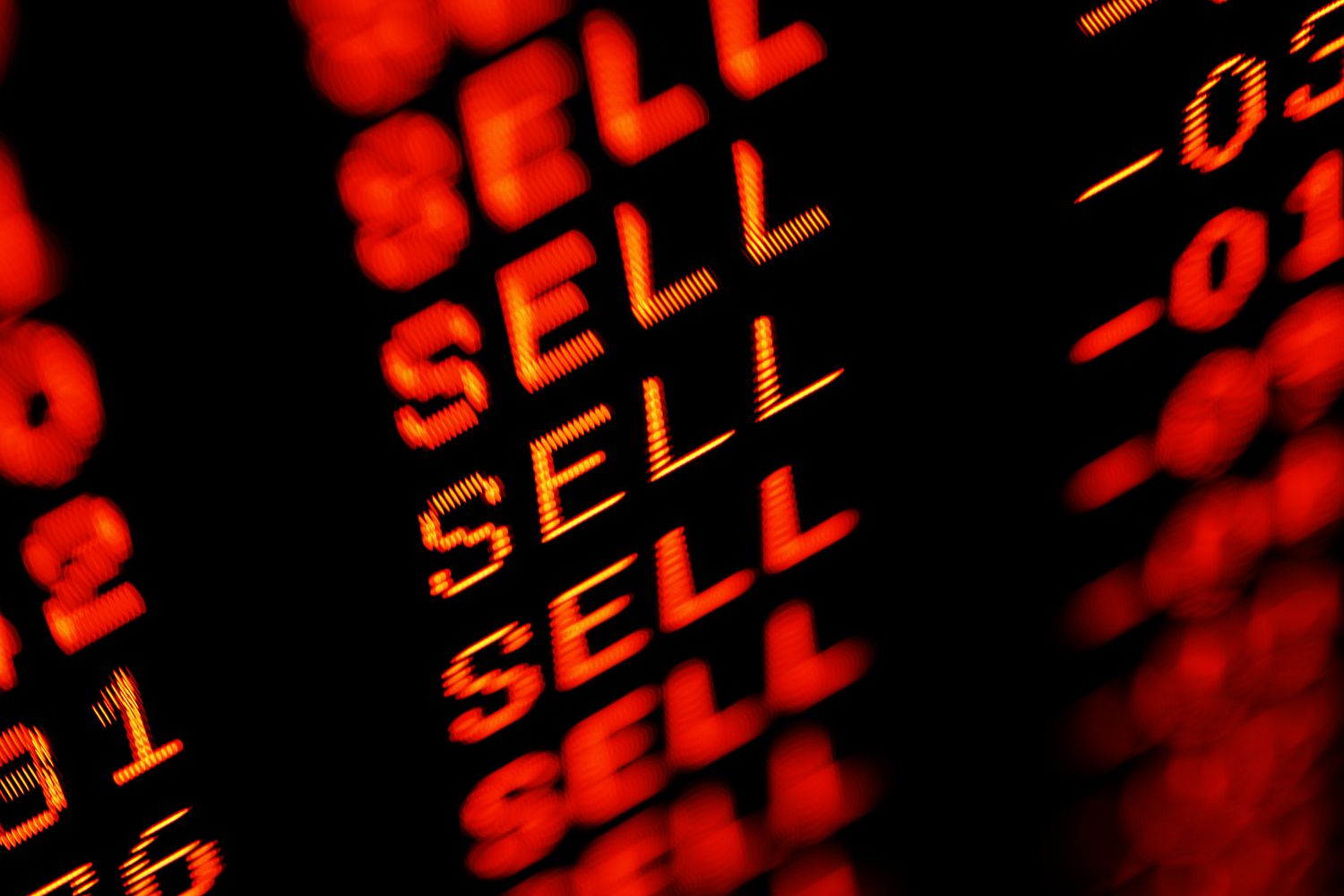 Monday, Oct. 19, 1987, is remembered as Black Monday. On that day, global stock exchanges plunged, led by the Standard & Poor’s (S&P) 500 Index and Dow Jones Industrial Average (DJIA) in the U.S. The strain sent world markets tumbling. Only quick reaction from the U.S. Federal Reserve Bank (it cut rates immediately, and provided other liquidity measures to calm markets) allowed markets to stabilize over the coming weeks.

It was a striking wake-up call for the market, individual investors, and the Fed, seeing the gains of the prior year wiped out in a matter of hours. Worse, there was no compelling fundamental reason for the crash, which occurred mainly as a result of programmatic trading and investor panic. (The weekly chart below depicts the scale of the losses in just two weeks versus all the gains of the prior year.)

The week before the 1987 crash, having come off a very bad week just before (with the S&P down more than 9%), sell orders piled upon sell orders as the new week began. From the open on the following Monday, Oct. 19, 1987, the S&P 500 and Dow Jones Industrial Average (DJIA) both shed in excess of 20% of their value. There had been talk of the U.S. entering a bear cycle—the market bulls had been running since 1982—but the markets gave very little warning of what lay ahead to the then-new Federal Reserve, Chair Alan Greenspan.

Greenspan hurried to slash interest rates and called upon banks to flood the system with liquidity. He had expected a drop in the value of the dollar due to an international tiff with the other G-7 nations over the dollar’s value, but the seemingly worldwide financial meltdown came as an unpleasant surprise that Monday.

Exchanges also were busy trying to lock out program trading orders. The idea of using computer systems to engage in large-scale trading strategies was still relatively new to Wall Street, and the consequences of a system capable of placing thousands of orders during a crash had never been tested.

One automated trading strategy that appears to have been at the center of exacerbating the Black Monday crash was portfolio insurance. The strategy is intended to hedge a portfolio of stocks against market risk by short-selling stock index futures. This technique, developed by Mark Rubinstein and Hayne Leland in 1976, was intended to limit the losses a portfolio might experience as stocks decline in price without that portfolio’s manager having to sell off those stocks.

These computer programs automatically began to liquidate stocks as certain loss targets were hit, pushing prices lower. To the dismay of the exchanges, program trading led to a domino effect as the falling markets triggered more stop-loss orders. The frantic selling activated yet further rounds of stop-loss orders, which dragged markets into a downward spiral. Because the same programs also automatically turned off all buying, bids vanished all around the stock market at basically the same time, further exacerbating the declines.

While program trading explains some of the steepness of the crash (and the excessive rise in prices during the preceding boom), the vast majority of trades at the time of the crash were still executed through a slow process, often requiring multiple telephone calls and interactions between humans.

Ominous Signs Before the Crash

There were some warning signs of excesses that were similar to excesses at previous inflection points. Economic growth had slowed while inflation was rearing its head. The strong dollar was putting pressure on U.S. exports. The stock market and economy were diverging for the first time in the bull market, and, as a result, valuations climbed to excessive levels, with the overall market’s price-earnings (P/E) ratio climbing above 20. Future estimates for earnings were trending lower, but stocks were unaffected.

Under the Plaza Accord of 1985, the Federal Reserve agreed with the central banks of the other G-5 nations–France, West Germany, the U.K., and Japan–to depreciate the U.S. dollar in international currency markets in order to control mounting U.S. trade deficits. By early 1987, that goal had been achieved: The gap between U.S. exports and imports had flattened out, which helped U.S. exporters and contributed to the U.S. stock market boom of the mid-1980s.

In the five years preceding October 1987, the DJIA more than tripled in value, creating excessive valuation levels and an overvalued stock market. The Plaza Accord was replaced by the Louvre Accord in February 1987. Under the Louvre Accord, the G-5 nations agreed to stabilize the USD exchange rate around this new balance of trade.

In the U.S., the Federal Reserve tightened monetary policy under the new Louvre Accord to halt the downward pressure on the dollar in the second and third quarters of 1987, before the crash. As a result of this contractionary monetary policy, growth in the U.S. money supply plummeted by more than half from January to September, interest rates rose, and stock prices began to fall by the end of the third quarter of 1987.

Market participants were aware of these issues, but another innovation led many to shrug off the warning signs. Portfolio insurance gave a false sense of confidence to institutions and brokerage firms. The general belief on Wall Street was that it would prevent a significant loss of capital if the market were to crash. This ended up fueling excessive risk-taking, which only became apparent when stocks began to weaken in the days leading up to that fateful Monday. Even portfolio managers who were skeptical of the market’s advance didn’t dare to be left out of the continuing rally.

Program traders took much of the blame for the crash, which halted the next day, thanks to exchange lockouts and some slick, possibly shadowy, moves by the Fed. Just as mysteriously, the market climbed back up toward the highs from which it had just plunged. Many investors who had taken comfort in the ascendancy of the market and had moved toward mechanical trading were shaken badly by the crash.

First, the week before Black Monday had brought major stock indexes losses of about 10%, so the selling pressure was there waiting in the wings at the close of trading on Friday. Second, from the open on Monday, programmatic stock sell orders hit the market in wave after wave, triggering a domino effect, sending exchanges worldwide lower, which further exacerbated the selling pressure. Those same programs that were sending sell orders were also responsible for pulling any bids out of the market, leaving a huge gap between sell orders and buy orders.

What’s to Stop Another Black Monday from Happening?

In response to the breakdown of market balances between buy and sell orders, major exchanges instituted various types of trading curbs, frequently called circuit breakers, intended to halt market trading and allow investors time to gather their wits. The hope is that markets will take the cue and stabilize once the trading curb is lifted. Should the selling continue lower in the final hour of trade, all trading will be halted for the remainder of the day, giving investors a chance to breathe and reassess.

Have There Been Crashes Similar to Black Friday Since?

Yes, there have been a number of stock market crashes since Black Monday, and so far the recipe of trading curbs seems to have worked, limiting daily declines. So while there have been abrupt short-term losses, nothing quite approaches the degree of Black Monday. Among stock market crashes since Black Monday are the bursting of the 2001 dot.com bubble, the 2007-2009 collapse of the U.S. housing market and major financial institutions (2008-2009 is frequently referred to as the Great Financial Crisis), and most recently, the Coronavirus pandemic in early 2020. In each case, circuit breakers were triggered and had the desired effect of stabilizing key markets, giving both policymakers and investors time to take action.

Although program trading contributed greatly to the severity of the 1987 crash (ironically, in its intention to protect every single portfolio from risk, it became the largest single source of market risk), the exact catalyst is still unknown and possibly forever unknowable. With complex interactions between international currencies and markets, hiccups are likely to arise. After the crash, exchanges implemented circuit breaker rules and other precautions to slow the impact of imbalances in hopes that markets will have more time to correct similar problems in the future.

While we now know the causes of Black Monday, something like it can still happen again. Since 1987, a number of protective mechanisms have been built into the market to prevent panic selling, such as trading curbs and circuit breakers. However, high-frequency trading (HFT) algorithms driven by supercomputers move massive volume in just milliseconds, which increases volatility.

The 2010 Flash Crash was the result of HFT gone awry, sending the stock market down 7% in a matter of minutes. This led to the installation of tighter price bands, but the stock market still has experienced several volatile moments since 2010. The rise of technology and online trading have introduced more risk into the market.

Obama Adviser Austan Goolsbee To Be Next Chicago Fed President

December 1, 2022
We use cookies on our website to give you the most relevant experience by remembering your preferences and repeat visits. By clicking “Accept All”, you consent to the use of ALL the cookies. However, you may visit "Cookie Settings" to provide a controlled consent.
Cookie SettingsAccept All
Manage consent