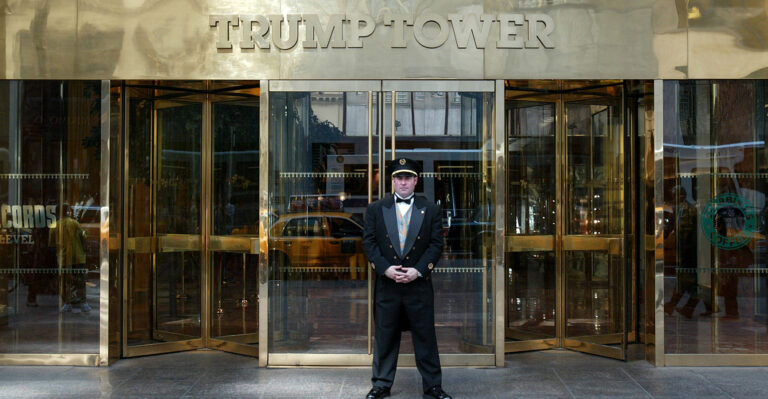 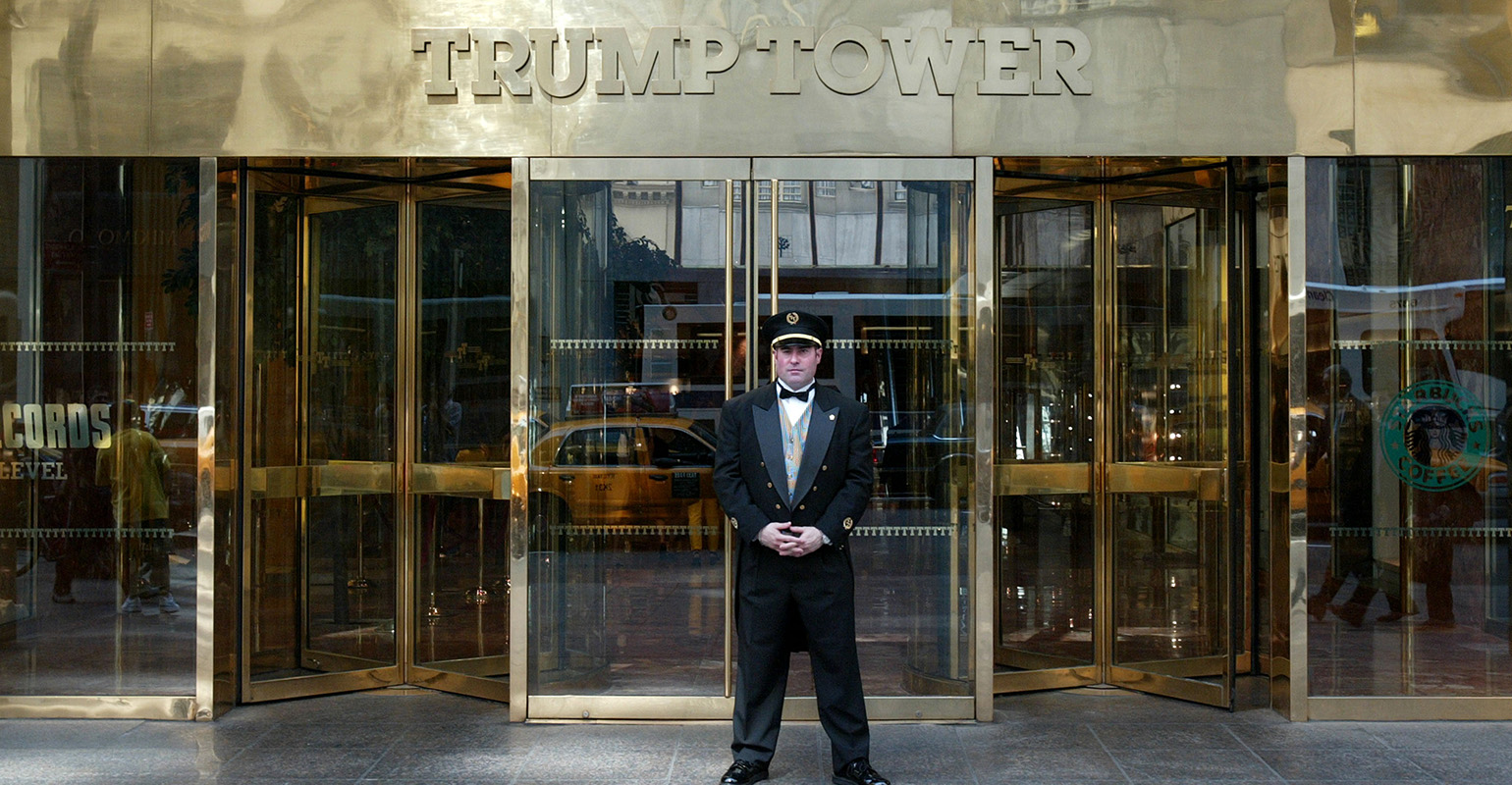 (Bloomberg)—From his skyscrapers to golf resorts, Donald Trump allegedly manipulated the value of a range of assets that inflated his net worth for years and defrauded banks, insurance companies and the Internal Revenue Service, according to New York Attorney General Letitia James.

Her lawsuit filed Wednesday against Trump, three of his adult children and others provides more than 200 pages of details of what James described as a scheme that reaped about $250 million in benefits from lower interest rates on bank loans, favorable insurance rates and artificially low tax rates.

Trump said in an interview with Sean Hannity on Fox News Wednesday night that the Trump Organization had a “very powerful disclaimer” on all of its loan applications telling banks not to rely on the company’s appraisals.

“It basically says to an institution, ‘You’re gonna loan money. You have to go out and make sure that, you know, you get your own appraisers,”’ Trump said.

Here are some of the biggest alleged distortions included in the lawsuit after James’s years-long probe, which pulled from millions of pages of corporate documents and sworn testimony from dozens of witnesses.

According to James’s lawsuit, the Trump Organization inflated the value of its Fifth Avenue headquarters from 2011 through 2019. For most of those years, Trump’s financial team allegedly manipulated an accepted formula for property valuations by inflating the property’s net income and using an unusually low capitalization rate. In some cases, the suit claims, Trump’s team relied on data from previous years to create an even more favorable ratio from the formula.

An exception came in 2015, when the Trump Organization changed its valuation methods, apparently in response to the record-setting sale of a nearby building. Trump Tower’s $881 million valuation in 2015 marked a leap from its $707 million valuation the previous year, and occurred because the Trump Organization purportedly relied on market values from sales of similar properties. In fact, James’ suit notes, the new valuation relied solely on the sale of that nearby building, which benefited from a unique set of circumstances that justified its huge valuation.

The next year, the Trump Organization reverted back to its prior valuation method, resulting in a 28% drop in the value of Trump Tower. During the valuation process for the tower in 2019, Trump’s chief financial officer Allen Weisselberg allegedly rejected multiple valuations proposed by a junior employee that would’ve reduced its value to as low as $500 million. Instead, the tower was valued that year at more than $800 million.

Trump allegedly inflated the value of his apartment in Trump Tower from 2011 to 2015 by claiming the triplex was approximately 30,000 square feet in size instead of its actual size of 10,996 square feet, and then multiplying that size by an “unreasonable” price per square foot, the lawsuit said. That helped bring the value of the property to $327 million from about $80 million, James alleged.

It was not an honest mistake, James said in the suit. Trump and Weisselberg were intimately familiar with the apartment and its size. James cites a speedy tour of the apartment that Trump gave to an appraiser in 2010, in which Trump did not give the visitor enough time to take any measurements on site, nor was the appraiser allowed to see the entire apartment.

In his deposition, Weisselberg — who last month pleaded guilty to tax fraud in a separate case — admitted the size discrepancy resulted in an overstatement of “give or take” $200 million.

The 212-acre property outside Manhattan, which Trump purchased in 1995 for $7.5 million, consists of two large homes, undeveloped land and a few other buildings. A 2000 appraisal prepared for the Royal Bank of Pennsylvania estimated the “as is” value of Seven Springs at $25 million for residential development, and bank records show that value rose to $30 million in 2006, the lawsuit said.

From 2011 to 2021, valuations of Seven Springs catapulted, ranging from $261 million to $291 million based on the sale of luxury homes net of cost, the lawsuit said. “All of these values were a fiction,” James said in the suit.

She alleged that Eric Trump inflated the value of Seven Springs by exaggerating the development potential and failing to account for the years of work that was needed to make it happen. “The implication of such a valuation is that the lots or homes were ready to sell, and would do so, instantaneously—a false and misleading (and, indeed, impossible) assumption,” James said. Eric Trump, who sometimes lived and worked on the property, also allegedly worked to get a federal tax deduction by arranging a so-called “conservation easement” donation that was based on an inflated value for the land.

This asset relates to two long-term ground leases held by the Trump Organization since 1995 that comprise retail space previously occupied by Nike Inc. Trump’s 2011 financial statement valued the company’s interest in the property at $263.7 million, based on what the company expected to get from rental activities. But “that representation regarding how the value of Niketown was computed was false and misleading,” James says in the complaint.

In reality, James says, the valuation was derived from a loan-to-value ratio applied to the par value of bonds issued on the property in 1995 that was adjusted upwards each year, a fact the Trump Organization failed to report, according to the suit. Trump also allegedly used a variety of methods to tweak the value of the Niketown property as needed, including by reporting a different a square footage for the property in 2020 and 2021. “There is no indication the square footage of the space changed during that time,” James says.

The property is included as an asset on Trump’s statement of financial condition from 2011 through 2021, with values ranging from almost $91 million to $350 million. His 2012 statement allegedly valued rent-stabilized apartments in the building as if they were unrestricted, leading to a nearly $50 million valuation for those units. An appraisal that properly accounted for those units’ status valued them at a total of just $750,000, according to the suit.

A lead accountant who was involved in the matter testified that he was “shocked by the size of the discrepancy,” James says. Other units in the building were allegedly valued internally at much lower prices, resulting in a “a classic ‘two sets of books’ situation,” according to the suit.

Bank-ordered appraisals for the commercial property in this iconic 1930 Lower Manhattan skyscraper calculated its value at $200 million in August 2010 and $220 million in November 2012. But Trump’s 2011 financial statement allegedly listed the tower at $525 million in 2011 and $531 million in 2013. Trump allegedly achieved the “grossly inflated value” to please his lender, Capital One, for a 2010 loan modification.

The inflated values were allegedly used again in 2015 to negotiate better terms for a new loan through Weisselberg’s son, then an employee at Ladder Capital Finance. according to the suit. They further manipulated the appraisal figure by “unreasonably” lowering expenses to increase net income, in some instances “by revising the building’s budget to reclassify repeated annual costs as ‘one time expenses.’”

Golf Resorts and Other Real Estate

The Attorney General’s lawsuit also focuses on valuations of many of Trump’s golf club facilities, which in the aggregate comprised about a third of his total asset value. While Trump didn’t break out the value of individual clubs, his financial statements from 2011 to 2019 claimed they were assessed by his associates and outside professionals, according to the lawsuit. The Trump Organization later dropped that claim after James’s investigation determined that employees of the Trump Organization didn’t consult with outside professionals. The lawsuit says that the Trump Organization used several schemes to inflate the property values, including basing them off the money spent to purchase and maintain the properties, despite being told that such an approach was not appropriate. Trump also added a “brand premium” to the valuation, even though the practice is prohibited under generally accepted accounting principles, the lawsuit said. The valuations also relied on anticipated income from the sale of properties at inflated values, as well as the practice of inflating the value of unsold memberships, James alleged.

As for the famed Mar-a-Lago, James alleged Trump inflated its value from 2011 to 2021. The suit says that numerous restrictions agreed to by Trump precluded the use of the property as anything but a private club, which allowed him to pay a lower tax rate on the property. But on his financial statements, the property was valued as though there were no restrictions, and a “brand premium” was added to the valuation, James alleged.

–With assistance from Mark Niquette. 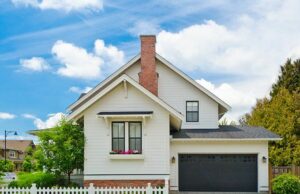