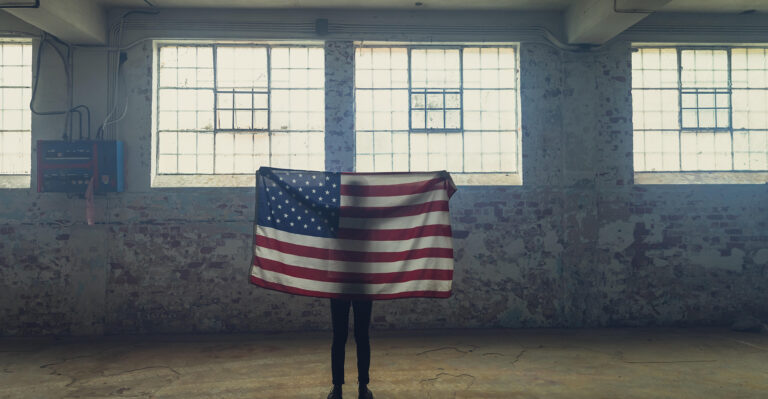 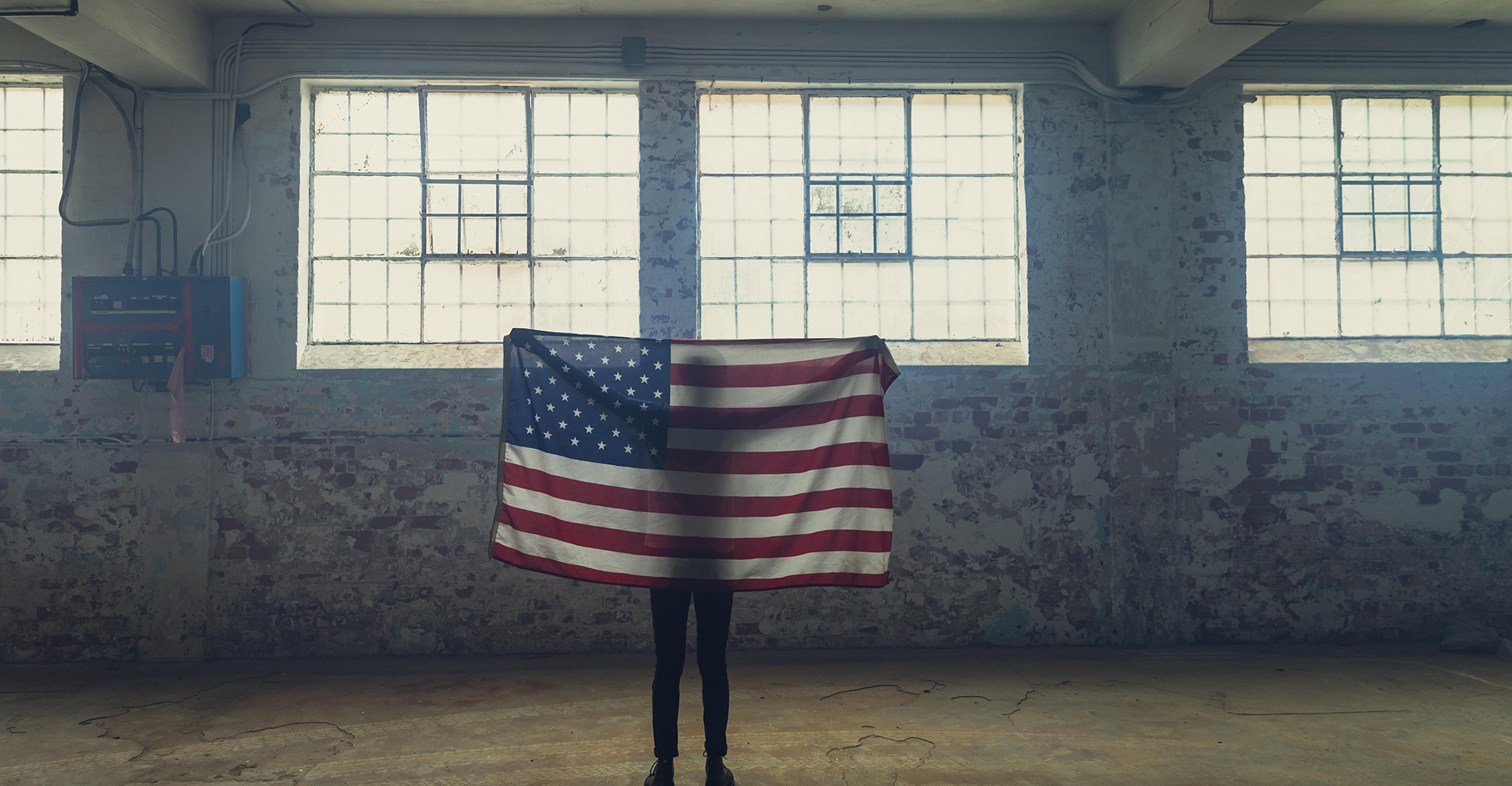 The COVID-19 pandemic made U.S. manufacturers painfully aware of risks posed by off-shore operations and their dependence on the global supply chain to move their products back to U.S. markets. As a result, many are either planning or already reshoring or near-shoring their production facilities.

In recent months, trade disputes and the war in Ukraine have only added fuel to this trend, notes Los Angeles-based Brewster Smith, senior vice president of supply chain solutions at Colliers International.

Related: What Challenges Do Manufacturers Face When Looking at Onshoring?

“I don’t think the trend is prompted by any macroeconomic fears, since manufacturing reshoring will be inflationary in and of itself,” Smith adds, citing the higher cost of producing domestically. On the other hand, the climate crisis and, more recently, the risk of China decoupling from U.S. trade relations over the Taiwan situation may add further stimulants for reshoring activity.

According to a recent report from research firm Statista, between 2010 and 2021, 44 percent of re-shored jobs were returned to the U.S. from China, 21 percent came back from Mexico and 10 percent from Canada. A 2021 report from The Reshoring Initative, a non-profit established to promote reshoring manufacturing jobs, reported that 860,000, or 78 percent, of the 1.3 million jobs returned to the U.S. since 2010 were moved over the last two years due to both private business and federal push for domestic manufacturing of essential goods.

Related: Onshoring of Manufacturing Facilities to Drive Up Industrial Demand in the Midwest and Sunbelt Markets

In fact, manufacturing jobs re-shored to the U.S. exceeded jobs that were off-shored by 100 percent for the second consecutive year. Near-shored and re-shored manufacturing facilities are moving to Mexico, Latin America and U.S. “right-to-work” states, according to Smith.

Over 1,800 companies re-shored production in 2021, setting a new record for re-shoring activity, notes the Reshoring Initiative report. About 60 percent of companies that offshored production based their decisions on the cost of wages, freight prices or land costs. The Reshoring Initiative, projects that U.S manufacturers will re-shore another 400,000 jobs by the end of 2022, a 35 percent increase over last year.

Manufacturers are most likely to re-shore or near-shore manufacturing facilities for high-value products with complex production processes that require a highly skilled labor force, according to Smith. These include products such as semi-conductors, rare minerals, electric car batteries and infrastructure products. Just this week, Intel and Brookfield Asset Management announced a $30 billion partnership to build new chip-making factories, the first of which is planned in Arizona. Before this latest announcement, Intel, GM and Siemens were already collectively investing more than $80 billion in U.S.-based manufacturing operations.

On the other hand, products with more commoditized production processes, such as injection molding and printing or stamping, will most likely remain in China, says Smith. According to the Reshoring Initiative, more than 5 million U.S. manufacturing jobs remain offshore.

Semiconductor chip manufacturing is poised to experience expansion in the U.S. in the near future. Even before the Biden administration allocated $53 billion to support the domestic manufacture of semiconductor chips via the CHIPS Act, industry leaders were already exploring options here. In addition to Intel building new factories near Columbus and Phoenix, the Taiwan Semiconductor Manufacturing Company is also developing a new plant in Arizona. Samsung is investing $17 billion in a new semiconductor plant in Texas, says Al Pontius, San Francisco-based vice president and national director for office, industrial and healthcare with commercial real estate services firm Marcus & Millichap. Meanwhile, Micron Technology, an American producer of computer memory and data storage, is planning to invest in U.S. operations as well.

Examples of other industries on-shoring production include Paratek Pharmaceuticals, which produces the NUZYRA tablet stateside, as well as many aerospace companies, such as SpaceX and Blue Origin.

The Biden Administration provided $600 billion in the 2022 federal budget to support U.S.-based manufacturing jobs. Other federal initiatives, including the America Creating Opportunities for Manufacturing, Pre-Eminence in Technology and Economic Strength Act, the United States Innovation and Competition Act, and President Biden’s Build Back Better Agenda, provide funding and other support aimed at improving supply-chain resiliency, which is boosting re-shoring activity.

Additionally, the Administration’s Inflation Reduction Act provides incentives to boost both manufacture of renewable energy infrastructure and the market for these products, including tax breaks for purchasing electric vehicles (EVs) and huge incentives to manufacture solar panels, wind turbines and next-generation batteries. The act would benefit companies developing EV and storage batteries, solar panels and related devices by reducing the cost of manufacturing and thus increasing end-user demand for these products, according to Pontius.

Public sector support always helps a private sector initiative, says Smith. He notes, however, that the most immediate incentive for re-shoring is improved supply-chain resiliency and inventory availability—a major issue for manufacturers due to global supply-chain disruptions.

The biggest high-value manufacturing boom on the horizon is in EVs. Five to seven EV plants with adjacent EV battery production facilities are already underway in the U.S., and even more are in the planning stages, according to Matt Jackson, executive managing director, brokerage, with commercial real estate services firm JLL.

General Motors, Hyundai, BMW and Toyota are all expanding U.S. production operations mostly to accommodate EV production, says Pontius. GM, for example, is spending more than $4 billion to expand its EV and battery production plant in Michigan, and Toyota is building a $1.3 billion battery plant in North Carolina.

The biggest issues with re-shoring right now are the higher cost of labor, which means higher prices for products re-shored, and a labor shortage. As a result, Smith notes that manufacturing operators re-shoring production are exploring automation technology as part of their manufacturing strategy to help reduce labor requirements and mitigate the cost of higher U.S. wages.

Factors contributing to site selection decisions include the availability of land for development, as well as a large pool of skilled/specialized labor and well-developed transportation infrastructure, says Pontius. He notes that the Southeast, Southwest and Midwest are attractive to automotive makers and related industries because they already have a labor base experienced in this industry and well-developed transportation infrastructure. The South and Southwest provide access to seaports and the Mexican border, while the Midwest provides sizable rail infrastructure for transporting goods nationally across the Canadian border.

Cities in these regions with proximity to rail hubs and port facilities are the most likely to see both new manufacturing and warehouse development, according to a report from commercial real estate services firm Savills.

On the ground, re-shoring activity is generating competition for industrial properties between manufacturers and logistics users, as those types of buildings can serve either purpose. Growth in manufacturing is also increasing demand for warehouse space in these regions, as companies want to locate warehouses as close to production as possible to either store raw materials or distribute finished products. Placing distribution centers near the point of manufacturing also saves money on transportation costs, Breeze notes.

As more companies onshore or near-shore operations to the U.S. or other North American markets, supply chains will adjust, placing more emphasis on rail and roadways, according to Pontius. This will likely benefit metros along these transportation links, most notably San Diego, San Antonio and Detroit. All three are located near key border points that serve as launch points into other U.S. regions and nearby gateway metros. Vacancy has already fallen to multi-decade lows in San Diego and San Antonio, while availability is also contracting in Detroit, even amid a recent elevated level of development. 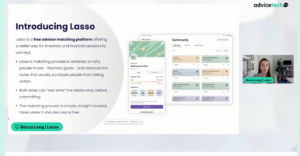