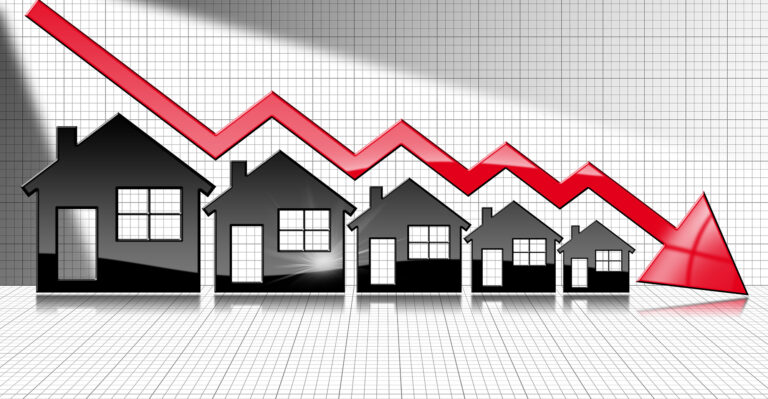 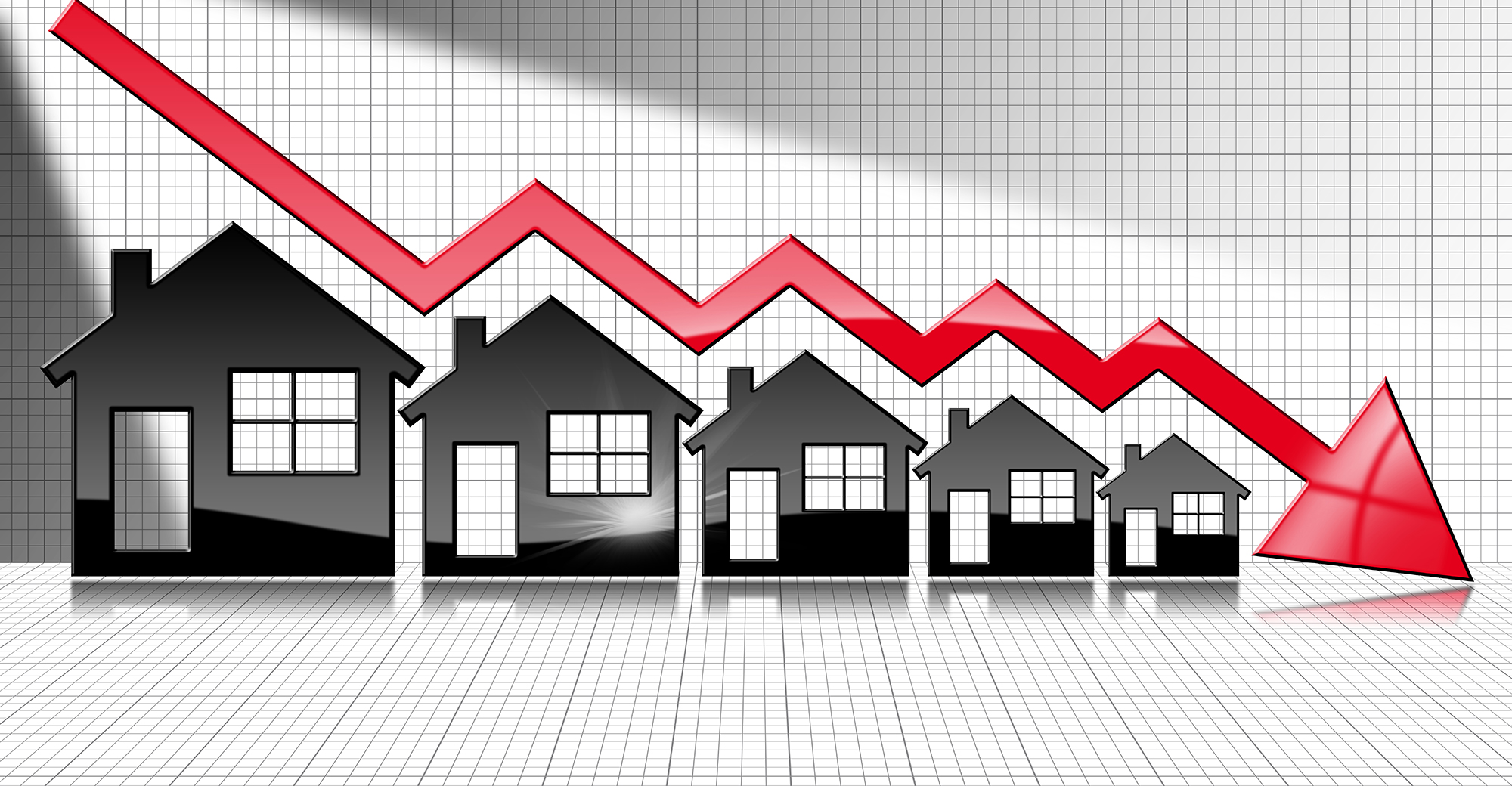 Rising interest rates and concerns about declines in property prices have prompted some recalibration among single-family rental (SFR) investors. But the sector’s future remains bright given the undersupply of affordable homes for sale in the U.S. and strong consumer demand for SFRs that’s only growing, say industry analysts.

The sector attracted some attention in the past week when the Blackstone-owned Home Partners of America, one of the country’s largest SFR landlords, announced it will stop purchasing homes in 38 U.S. markets where it’s been the least active. The firm will continue to buy homes in its highest-growth markets.

During their second quarter earnings calls, institutional SFR landlords American Homes 4 Rent and Invitation Homes also indicated they will have a slower pace of acquisitions in light of higher capital costs. As a note of caution to investors, Federal Reserve Chairman Jerome Powell signaled last week that more interest rate hikes are coming to combat inflation and that the economy could encounter some pain.

The numbers are already suggesting a pullback in the SFR sector.

For example, according to Thomas Malone, an economist with property data firm CoreLogic, the share of single-family home purchases made by investors dropped by eight percentage points from the first to the second quarter, suggesting some investors may be “more sensitive to rising interest rates than homeowners.”

That comes after investor activity in the single-family home market peaked in February, when investors made 28 percent of all single-family purchases, the highest monthly share since 2011, Malone notes. That share dropped to 20 percent in June. Year-over-year, the 92,000 investor single-family home purchases made in June were down 37 percent from June 2021, according to CoreLogic data. (Even that lower figure was still substantially above June 2020 level, according to Malone).

Higher borrowing costs are seen as a deterrent for SFR investors, given that renters can only afford so much in housing costs in this economic environment after double-digit rent increases across the country in the past year. In addition, these investors are concerned that prices in the U.S. for-sale housing market have peaked, potentially giving some SFR renters an alternative.

Last week, Black Knight, a data and analytics firm, reported the first month-over-month decline in home prices, at 0.77 percent in July down, in nearly three years and the largest drop since January 2011. Appreciation was up 14.3 percent from a year ago, the firm noted.

There’s still robust investor demand in the sector and Blackstone still continues to purchase new homes, just becoming more selective about its acquisitions, notes Michael Paul, vice president of capital markets with commercial real estate services firm CBRE. Some investors want to see what the next six to 18 months will bring, but a lot of institutional groups and others remain active in SFR acquisitions.

“People just want clarity in the markets, specifically in the capital markets,” Paul notes. “We stand in an odd time, where most people agree we have the best housing fundamentals across the board—the shortage of housing, demand for rentals and people moving from owner-occupied to rentals to have more amenities. There’s still a lot of institutional capital wanting the product and that goes back to the consumers wanting the product. Consumers have proven that these single-family rental homes and purpose-built communities (for rentals) are in high demand. We’re seeing all of those units leased at a very quick clip and rents continue to grow.”

But when rising interest rates making it more expensive to buy new homes, it makes sense for many SFR investors to wait a bit to make new deals since home prices will likely continue to decline, says Rick Sharga, the executive vice president of market intelligence for ATTOM Data Solutions.

“Instead of paying 20 percent more than a year ago, wait a little bit and pay 2 percent more than a year ago,” Sharga notes. “To me, keeping your powder dry as an investor is probably a smart move from a business standpoint. It doesn’t mean you are getting out of the market, but they are looking at market dynamics and deciding that waiting for a little bit makes some sense.”

A big concern for SFR investors is one emphasized by research firm Moody’s Analytics—only one metro housing market is currently undervalued. It makes sense to slow down and reassess purchases from a risk-management perspective, according to Todd Metcalfe, a senior economist at Moody’s. “If I’m someone looking to purchase a home for rent and hold onto it for a while, if I think that the house might immediately lose value, I’m going to hold off on purchasing or be more careful of the purchases I make,” Metcalfe says.

In its most recent report in May, ATTOM Data reported that average gross rental yields before expenses on three-bedroom, single-family homes purchased by landlords this year decreased in 72 percent of the counties included in the report. Most declines are less than one percentage point from rental yields in 2021, but that number is expected to increase when the next report is released in September.

Higher interest rates have forced investors to reevaluate their underwriting, according to John Sebree, senior vice president and national director, multi-housing division, with real estate services firm Marcus & Millichap. Prior to the rate increases, cap rates in the SFR sector tightened to record low levels. This was partially based on the low cost of capital, but also factored in future rent growth, he notes.

If investors believe that rents will continue to climb while vacancy rates remain near record-lows, it’s possible cap rates could stay very tight, and therefore keep pricing high, Sebree says. If, however, the housing market continues to soften, then cap rates should begin to rise.

The build-to-rent segment of the marketplace is better positioned because those players have more control over their costs and execution, says Sharga. Housing developers have seen their buyer pool shrink with higher interest rates and have cut back on new starts. To compensate, they can turn to investor groups to sell their product and construct build-to-rent communities for them.

There are approximately $6 trillion invested in built-to-rent and scattered-site homes, says Susan Tjarksen, managing director of multifamily capital markets with real estate services firm Cushman & Wakefield, because the U.S. is still five million housing units short of what it needs. What’s happening today “is a snapshot in time” with rising interest rates, which also means construction financing is more expensive. In addition, investors don’t want to buy at the top of the market, but prefer to wait to see what happens with rents over the next four months.

Tjarksen does not expect to see any long-term pause in this sector, given current job growth and housing demand. Once investors are certain strong rent growth will continue and can pencil in the higher cost of debt, “I think September is going to prove the pause was a snapshot in time,” she says.

The homebuilding industry, which hit a 12-month low in housing starts in July, has faced headwinds with snagged supply chains and rising construction costs, in addition to buyers pulling back because of higher mortgage rates. Those builders may now want to dispose of lots and built-to-rent is the perfect place to do so because there’s demand, Tjarksen says.

The BTR segment is seeming some benefit from homebuilders choosing to devote more resources to building these types of units than they have historically, says Matthew Putterman, managing director with capital markets at real estate services firm JLL and co-head of the single-family residential team. With the large amount of investor capital raised for the BTR space, homebuilders can maintain construction flow and keep crews working to increase housing supply, he says.

Metcalfe also notes that while the numbers show a slowdown in acquisitions in the SFR market, purchases won’t stop. There have been bonds floated recently that were backed by these properties, which shows financing isn’t going away anytime soon, he says. At the current moment, about 2 percent of SFRs in the U.S. are owned by institutional investors, Metcalfe says. He expects that number to continue to go up.

“When you have a group like Blackstone who can move the needle, everyone reads it and talks about it, but how many other groups with similar equity, but just a different sponsor, want to own this stuff?” says Paul. “Based on our bid sheet, it’s still a good risk-adjusted return for most groups looking for residential exposure.”

Vacancy rates in the SFR sector have remained tight in part because of unaffordability of home ownership, which Black Knight notes is at one of the worst levels in 35 years.

A typical house today costs $800 more a month than a year ago, when factoring interest rates doubled to 6.0 percent and appreciation of a median home up to $50,000, notes Metcalfe. That’s why SFR landlords had the ability to raise rents 17.5 percent from June 2021 to June 2022, he says. Moody’s forecasts rental growth will be reach about 5.0 percent over the next year.

In addition to the higher costs of buying a home, many people prefer the lifestyle of renting a home compared to an apartment, including older adults looking to downsize. Build-for-rent communities can offer additional amenities, property management and maintenance-free living at a fraction of what it would cost to own, analysts say.

Ryan MacDonald, chief investment officer at Bluerock, which owns 2,200 SFRs in the Sunbelt region and has 1,200 BTRs under development that will be completed in the fourth quarter, says his firm continues to be active. Bluerock might be in a better position to buy than others because the firm lowered the amount of leverage it uses.

“We tend to find opportunities that are attractive when others are pulling back,” MacDonald says. “We’re exceptionally comfortable with the long-term outlook for residential.”

Richard Ross, CEO of Quinn Residences, an Atlanta-based build-for-rent company with more than 3,500 single-family homes in its portfolio, says the increases in mortgage rates and home prices have made renting a home 10 percent to 15 percent cheaper than homeownership. With $1 billion in institutional investment, Ross says his firm is bullish and expects to quickly grow to 5,000 homes, with the ability to expand to 10,000 within the next two to three years to meet demand. While he’s optimistic, he admits in the short-term market conditions can impact the bottom line.

“The returns on the investment are going down, but we are in this for the long haul,” Ross says. “Early on, we were buying homes for a higher return. We are probably slowing down in acquisitions, but we’re still out there buying communities and homes. It’s just a lower return.”

With a pullback in investors buying or building, Ross says he expects there will be some consolidation in the industry “after a lot of hype in the last two years and everyone getting into the business and raising billions of dollars to buy rentals.” Investors who thought they could get returns of 15 percent to 20 are now only getting 9 percent to 10 percent, and that’s not enough for some, he notes.

“The guys that came to make a quick buck and can’t play in this space anymore, they will be bought up by bigger companies or people like us who are in it for the long haul,” Ross says. “I see the consolidation happening in the next 12 to 24 months. The craze will settle down and investors in it for the long haul and who are prudent will do very well.”

Another Tax on the Horizon for NY Residents