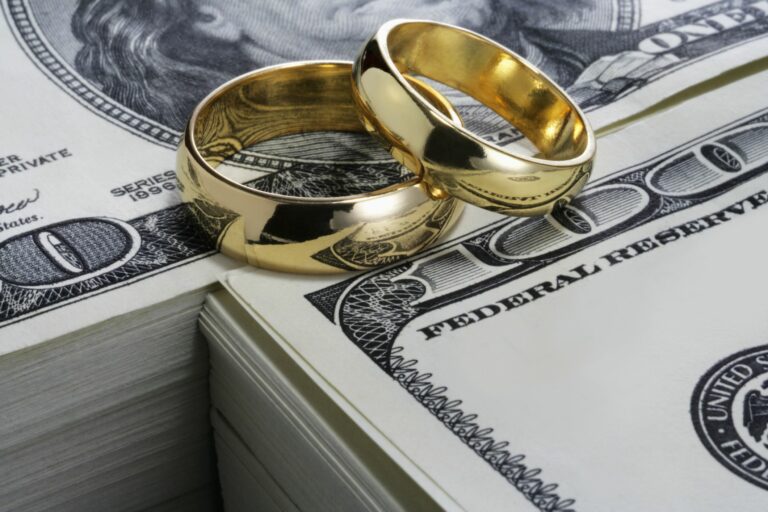 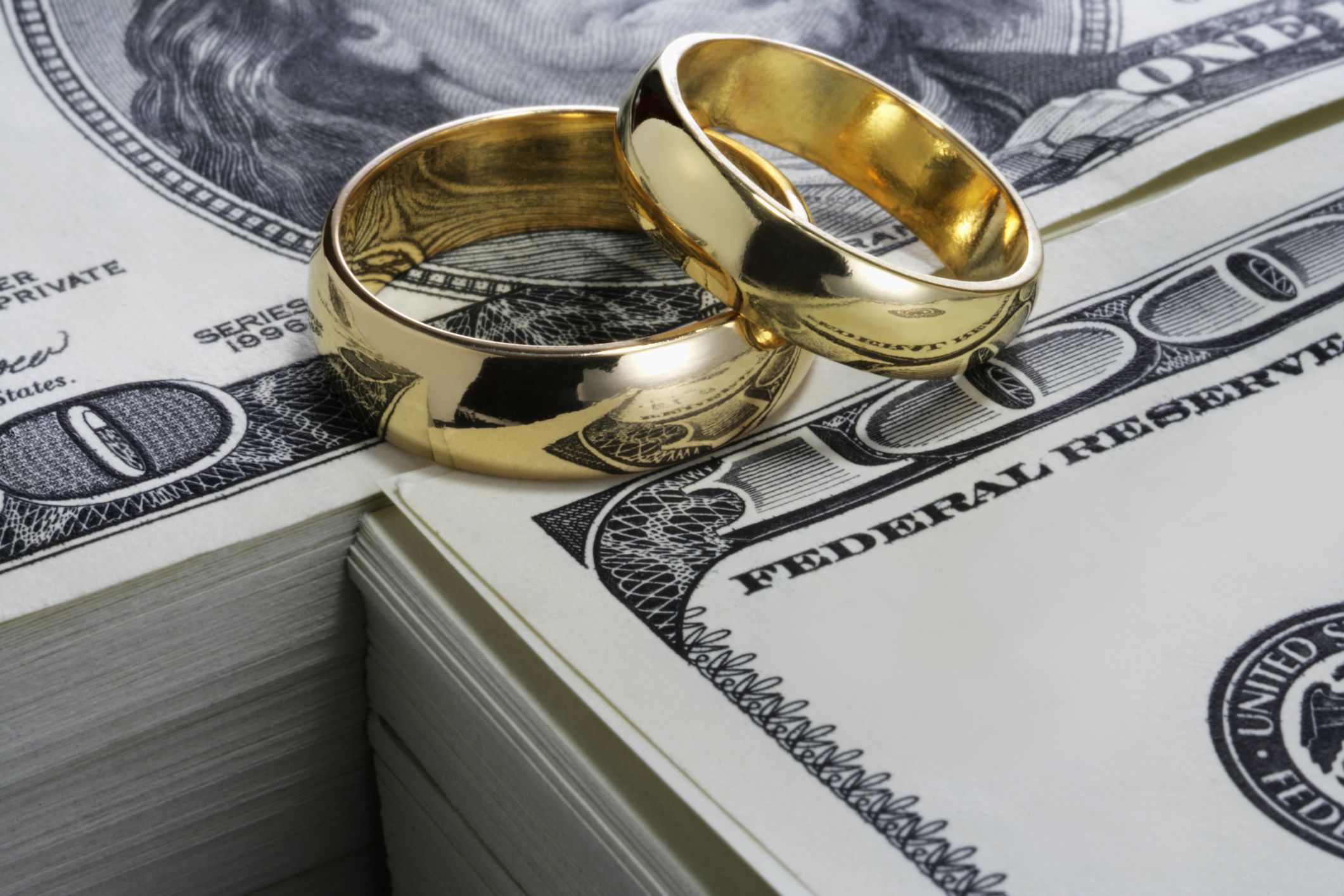 Marriage vs. Common-Law Marriage: An Overview

There are many things you and your partner have to think about when you’re making a life together from where you’re going to live, who will take charge of the cooking, and whether or not you’re going to have kids. But that’s not all.

Couples also have to decide what they’ll do with their finances, including how to split the bills, joint debt, and how to plan for the future. But there is another major decision couples have to make: whether to get married officially or remain in a common-law marriage.

An official marriage is a legal union between two people that requires a license and ceremony in most states. Legally married couples are able to take advantage of a number of financial benefits, including being able to file joint tax returns, splitting income and pensions, and being entitled to certain government benefits.

But you and your partner may choose not to get married and enter instead into what is known as a “common-law marriage”. This type of relationship can give you many of the same benefits as married couples, but only in certain states – and it’s not always automatic. There are rules you may have to follow.

Although they may seem quite the same, there are distinct differences between them. A legal marriage guarantees many benefits even after the relationship is over. Although common-law marriages do qualify for many of the same rights as a legal marriage with a state license, there are others that may not apply—especially after a common-law couple separates.

What is Common Law?

Getting legally married requires being wed by an officiant in many jurisdictions. This is a person who has the authority to carry out a legal marriage, such as a religious leader, judge, clerk, judicial officer, or justice of the peace. This can be done either in a religious setting or in a non-denominational or secular setting such as a city hall or courthouse.

A marriage license is issued and officially recorded once the ceremony is complete. In the U.S., most states require a legal marriage in order for a couple to exercise spousal benefits such as filing a joint tax return, sharing financial accounts, and so on.

Legal marriage has many benefits. And it doesn’t necessarily just mean having a joint bank account. In fact, many of the rules are favorable for married couples. For instance, you can choose to file your taxes jointly as a couple. Filing as a couple not only allows you to earn more income and end up in a higher tax threshold, but you can also take advantage of many tax deductions, including:

Married couples are also entitled to each others’ Social Security benefits. One partner can collect as much as 50% of the other’s benefits. And if your spouse dies, you are eligible to receive their benefits, provided they were older than 60 before their death.

Estate planning, retirement, and insurance become easier and, often, cheaper. For example, combining health insurance policies may reduce the amount you have to pay in monthly premiums compared to those you would pay individually.

These benefits do not necessarily end if the marriage does. Divorce often means you are entitled to a settlement. It may require a lot of work, but there is the possibility of a division of property.

Some people may choose to forgo the legalities of marriage for a variety of reasons. They may opt instead for a common-law relationship. This type of union recognizes a couple as somewhat equivalent to legally married even if the pair never said their vows in a civil or religious ceremony and lack a marriage license. But this definition doesn’t necessarily apply in all states. A full list of states that recognize common-law marriages is listed below.

Those states that do allow it may not have official rules about common law marriage, but there are certain conditions that still have to be met for a couple to be considered married by common law. For instance, individuals must:

Common-law couples may enjoy some of the same benefits as married couples. But there are certain downsides. For example, if one spouse buys property on their own and doesn’t put the other one on the deed, it can be sold without the other’s consent. Couples should consider purchasing major assets using co-ownership agreements to avoid this. And it’s also a good idea to review rights and obligations with an attorney who understands common law marriage.

Note, however, that common law couples cannot file joint tax returns with the IRS. Instead, they must either file separately or as head of household.

Although you can’t divorce your common-law spouse, you should consider legally dissolving the relationship to resolve any liability for the support of an ex-spouse.

Fewer than a dozen states and the District of Columbia recognize common-law relationships, and each of those states has specific requirements that must be met:

Some states have ruled that only those unions that met the state requirements for a common-law marriage by a specified date will be recognized—not those that happened later. Those states and dates are:

What Is the Financial Impact of a Common-Law Marriage?

As noted above, couples recognized as married by common law enjoy many of the same benefits as legally married couples, provided they have lived in a state that recognizes common law for most of their marriage. These benefits include:

If a state recognizes common law marriage, and a couple does not want to be seen as married, they need to sign a living together contract—especially if they own property together or use the same last name.

Don’t confuse a common-law marriage with a civil union. The latter is a legal relationship between two people that confers rights only on the state level. Civil unions were primarily a way for same-sex couples to have a legally recognized relationship before same-sex marriage became legal in all 50 states after the Supreme Court made its ruling in the 2015 case of Obergefell v. Hodges.

Not all states recognize civil unions. This means yours may not be valid if you move to another state. And whether a couple is same- or opposite-sex, a civil union provides no right to federal protections or benefits. It may be a good idea to check with an attorney if you’re unsure about the status of your relationship if and when you move.

What Is a Common-Law Marriage?

The term common-law marriage refers to a relationship between two people who decide to cohabitate and present themselves as a married couple without the benefit of a legal ceremony and marriage certificate.

Is There Common-Law Marriage in the U.K.?

Many people choose to live with their partners in the United Kingdom just as spouses do after they get married. But there is no definitive law surrounding common-law marriages in England and Wales. Couples in Scotland are able to make limited claims in the event of a separation or death while those in Northern Ireland only have access to legal protection in certain cases.

Still, they may want to sit down with an attorney in their new state after they move to be sure they meet the legal obligations required to maintain their rights as a married couple. Keeping good records can help when it comes to claiming federal benefits—especially if they move around a lot.

And if a common-law couple decides to part ways, even though there is no common-law divorce, they still need to have their relationship legally dissolved. This relates to the fact that a person in a common-law marriage could be liable for providing the same type of support for their ex-spouse as someone in a legally binding marriage might be required to do after divorce.

Correction – September 19, 2022: A previous version of this article incorrectly stated that common law couples must file joint federal tax returns. The IRS only allows legally-married couples to do so. 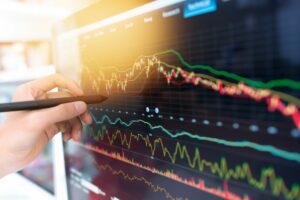 October 4, 2022
We use cookies on our website to give you the most relevant experience by remembering your preferences and repeat visits. By clicking “Accept All”, you consent to the use of ALL the cookies. However, you may visit "Cookie Settings" to provide a controlled consent.
Cookie SettingsAccept All
Manage consent