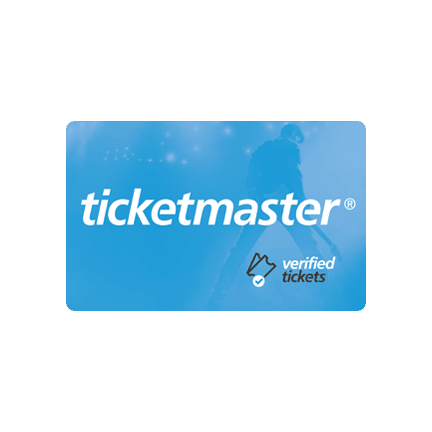 Ticketmaster is one of the premier booking and ticketing service providers for the arts and entertainment industry. They power ticket sales for venues such as stadiums, performing arts centers, and museums, with a worldwide reach. The company started in 1976 as a way for colleges to sell concert tickets on campuses, but by 2022 the company has become a global powerhouse, and a de facto monopoly when it comes to ticketing events. Today, Ticketmaster even controls the resale market, charging a service fee for any tickets resold by private parties through its platform.

Prior to the COVID19 pandemic, the company was selling nearly half-a-billion tickets worldwide. How did Ticketmaster grow to such dominance and why has this caused concerns for both event-goers and regulators? Read on to see how.

A Brief History of Ticketmaster

In 1976, computer programmer Peter Gadwa and Albert Leffler, a box office specialist, started a small software company that licensed ticketing systems to retail outlets and universities to sell paper tickets to event-goers. Ticketmaster would earn money by selling its systems to vendors as well as a service charge to consumers. In 1982, the company appointed Fred Rosen as CEO and the company established its headquarters in Los Angeles. At the time, the main ticketing service in America was Ticketron, a subsidiary of Control Data Corp., a legacy mainframe computer company that went out of business in the early 1990s. Through aggressive marketing and incentives paid to venues for relying on Ticketmaster, by the mid-1980s the company overtook Ticketron and became a major player with deals in more than 90 cities around the U.S.

In 1993, Microsoft co-founder Paul Allen acquired 80% of Ticketmaster for more than $325 million. By then, the company was generating more than $1 billion in annual sales, accounting for more than 52 million individual tickets sold in a year. Allen’s efforts helped transform Ticketmaster from a simple ticketing company into an information technology company to sell tickets online and not only via physical affiliate locations.

In 1998, digital media giant InterActive Corp. (IAC) purchased a majority stake in Ticketmaster along with competitor CitySearch and combined the two entities to form a comprehensive online entertainment guide that also would sell concert tickets and related merchandise (note that IAC is the owner of Investopedia). IAC also made other purchases in the ticket-selling space such as TicketWeb in 2000 along with several smaller players throughout the 2000s before spinning off Ticketmaster as its own entity in 2008.

After the spin-off, Ticketmaster acquired Front Line Management, a premier artists management and representation firm, inking exclusive rights to sell concert tickets to Front Line talent. This set up a fierce rivalry between what was now Ticketmaster Entertainment and Live Nation – the country’s largest event promoter during the 2000s, who was also planning to release its own proprietary ticketing facility.

This rivalry, however, ended just a year later, in 2009, when the two companies announced a merger, which was successfully completed in 2010. The combined company, called Live Nation Entertainment subsequently grew and started to buy up the competition including festival ticketer Front Gate in 2015 and a company called UPGRADED that converts physical tickets to digital, blockchain-based tokens in 2018.

On November 15, 2022, Ticketmaster made headlines when its ticketing platform crashed amid a pre-sale for Taylor Swift’s upcoming concert tour, leaving many unable to log on and try to purchase tickets. Customers and fans criticized Ticketmaster vocally for what they claimed was its flawed ticketing model and monopolistic practices that led to this failure. Company officials stated that the system crash was due to an unprecedentedly high number of people attempting to buy Taylor Swift tickets at the same time. Their claim, however, fell on deaf ears as ticket buyers and Swift’s fans continued to vent their anger and frustration on social media and other platforms, and calling for authorities to break up the Ticketmaster monopoly.

This, however, was not Ticketmaster’s first brush with anti-competitiveness claims. In 1994, the alternative rock band Pearl Jam sued Ticketmaster on anti-trust grounds, alleging that Ticketmaster, had bought up all of its major competitors and then abused its marketplace dominance by demanding high service fees and signing exclusive deals with major concert venues, leaving consumers and artists with no alternative. In the end, the U.S. Department of Justice dropped the case.

While other allegations have been leveled in the past, the Taylor Swift snafu seems to have gotten the attention of the Federal Government, with Senator Amy Klobuchar (D-Minnesota), who is chair of the Senate antitrust subcommittee, demanding answers. This, together with a newly formed coalition led by the American Economic Liberties Project in conjunction with several fan-based organizations, is seeking to undo the Live Nation merger and break up the ticketing monopoly.

According to insights from Yale University, Ticketmaster controls over 70% of the market for ticketing and live events (and over 80% for live concerts), making it by far the industry leader. Because of its persistent and dominant market position, there are concerns that it may abuse its market power and cause harm or unfair conditions for customers.

Who Is Ticketmaster Owned By?

Ticketmaster is owned by Live Nation Entertainment, which is a publicly-traded company under the ticker symbol (LYV) on the New York Stock Exchange. As of year-end 2022, LYV had a market capitalization of over $17 billion.

How Does Ticketmaster Make Money?

Ticketmaster and its parent company Live Nation Entertainment makes money by charging customers a service charge, which can be as high as 75% or more of the base price of the ticket. Those fees are split among the venues, promoters, artists, and Ticketmaster itself. Ticketmaster also extracts fees from its resale market application. In addition, the company’s Concerts and Festivals segment earns money from the global promotion of live music events in Live Nation owned or operated venues and in rented third-party venues, the operation and management of music venues, the production of music festivals across the world, the creation of associated content and the provision of management and other services to artists. As a venue operator, Live Nation also generates revenue from the sale of concessions, parking, premium seating, rental income, and ticket rebates or service charges earned on tickets sold through internal ticketing operations or by third parties under ticketing agreements.

Does Ticketmaster Have Any Competition?

While Live Nation and Ticketmaster have a dominant position in the ticketing market, there are some competitors, but each of which are relatively small and lack substantial market power. Competitors may also specialize in other segments of ticketing rather than mainstream concerts and sporting events. These include Eventbrite, Moretickets, AXS, Rival, Seatgeak, Vivid Seats, and StubHub.

Ticketmaster, part of Live Nation Entertainment, is the world’s largest ticketing services company. The company generates revenue from fees on ticket sales, as well as artist promotion and venue management. Several criticisms have been directed toward the company as a result of its role in the consolidation of the live events industry, allegations that it engages in anti-competitive practices, and poor handling of the ticketing process, especially for highly popular events. The most recent incident, involving Taylor Swift’s latest concert tour, has sparked increased criticism and calls for regulators to break up the apparent monopoly that Ticketmaster currently enjoys. 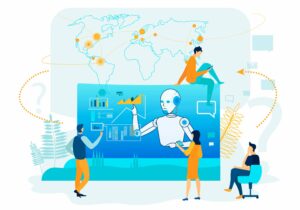