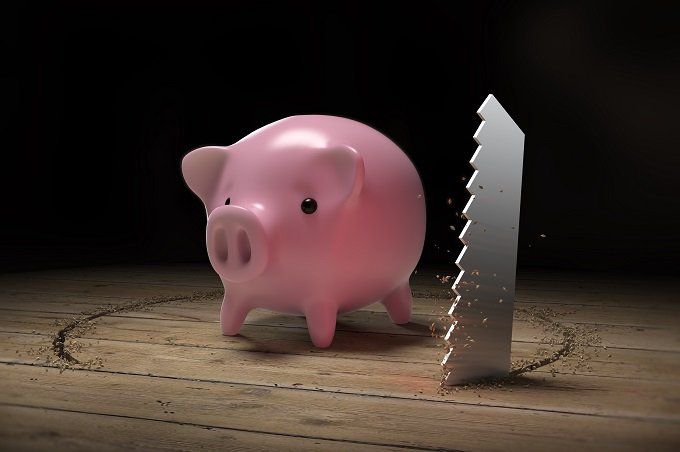 Americans have been complaining about the cost of living since Colonial days. But actually measuring it, and determining how it changes over time, have always been a challenge. It was just a century ago, in 1921, that the U.S. government started publishing a national Consumer Price Index (CPI), based on living costs across major cities.

The CPI remains the most-quoted measure of living costs today, providing a record of how costs have changed from year to year and ample evidence for the complainers that few things are as cheap as they once were. It is also used as a proxy for inflation in adjusting union wages, Social Security payments, income tax brackets, and other financial calculations that play a major role in Americans’ lives.

How Cost-of-Living Measures Have Evolved

Soon after its creation by Congress in 1884, the Bureau of Labor Statistics (BLS) started to collect data on Americans’ cost of living. In the late 1880s, it recorded how much money 8,544 families were spending each year, along with the current retail prices for 215 commodities.

As the years went by, BLS data collection became more sophisticated in its statistical methods and more ambitious in its scale. The results often were used in labor disputes between employers and unions to help determine wage increases. The notion, at least on the part of unions and their members, was that workers deserved a living wage for their toil.

The CPI, as we know it, got its start during World War I, when the Shipbuilding Labor Adjustment Board used BLS data to establish a “fair wage scale” for workers in U.S. shipyards. Their labor was considered so essential to the war effort that the government didn’t want to risk any strikes or work stoppages for higher pay. Before long, the BLS had expanded its purview to other industries, collecting data on household spending for 12,000 families in cities across the U.S. and the prices of more than 140 goods and services.

The BLS began publishing that data in 1919 and, in 1921, introduced it in a format similar to today’s CPI. In its early years, it was referred to as the “Cost-of-Living Index.” In 1945, it became the “Consumers’ Price Index for Moderate Income Families in Large Cities,” soon shortened to the Consumer Price Index.

The CPI has continued to evolve as the country, and its political winds, changed over the decades. During World War II, for example, the BLS took new-car and home appliance prices out of the equation, since neither was widely available, and increased the weighting that it gave to car repair and mass-transit costs. In the 1950s, it added the new wonders of frozen foods and television sets to its price lists. In the 1960s, it expanded its data collection to include single-person households. It also made numerous adjustments to its weightings and other technical details.

In 1978, the BLS introduced the CPI for All Urban Consumers, or CPI-U, while renaming the existing one the CPI for Urban Wage Earners and Clerical Workers, or CPI-W. The new CPI-U was intended to be more reflective of the living costs of the majority of Americans.

In 2002, the BLS unveiled the Chained Consumer Price Index for All Urban Consumers, or C-CPI-U. A primary difference between it and the other CPIs is that it accounts for changes in what consumers put in their shopping baskets as prices on individual commodities rise or fall. For example, if beef becomes expensive, then consumers might buy more fish or chicken, and vice versa.

Along the way, the BLS also began to develop still another CPI, the Experimental Consumer Price Index for the Elderly, or CPI-E, and published data for it back to 1982. Meant to track the living costs of Americans ages 62 and older, it uses different weightings to account, for example, for that group’s higher medical costs. However, the BLS still considers it “experimental” because of limitations to its data.

Criticisms of the Consumer Price Index

Many of the changes to the CPI have resulted from criticisms of its methods and its accuracy as a measure of inflation. Those criticisms continue to this day.

As the BLS itself concedes, the CPI is often faulted for not reflecting the experience of some groups, such as the poor and residents of rural areas. Its list of items that consumers spend their money on can lag behind what they’re actually buying, especially as hot new products come on the market.

And, while the CPI may do a reasonably good job of capturing the experience of Americans overall, it can be way off the mark for any given individual. “Those consumers whose market baskets are different from the average basket will probably experience inflation that is different from the CPI measure,” the BLS noted in 2012. “In recent years, someone with high expenditures on gasoline and medical care experienced much higher inflation than someone who spent heavily on furniture, apparel, and electronics.”

Perhaps not surprisingly, some critics charge that the CPI tends to exaggerate inflation, while others maintain just the opposite.

How the Consumer Price Index Affects You

Whatever its limitations, the CPI plays a central role in many Americans’ lives. For example, collective bargaining agreements often include cost-of-living adjustments (COLAs) derived from the CPI. Employers with nonunionized workers also may consult the CPI in setting their own wage increases.

Social Security and Supplemental Security Income (SSI) recipients are eligible for an increase in their benefits each year, based on any rise in the CPI-W from the prior year. If the CPI-W didn’t increase, as was the case in 2016, then they’ll receive no increase. In 2022, the increase was 5.9%.

(While some believe that Social Security should base its calculations on the CPI-E instead of the CPI-W, a 2019 analysis by the U.S. Government Accountability Office found that switching to the CPI-E would result in a benefit increase of only about one-seventh of 1% a year.)

The CPI can also affect how your income is taxed. For example, the Internal Revenue Service (IRS) adjusts marginal income tax brackets each year in accordance with changes in the chained CPI.

However, not every government agency uses one of the CPIs to approximate inflation. The Federal Reserve Board, for example, uses the Personal Consumption Expenditures (PCE) Price Index, an alternative measure produced by the Commerce Department’s Bureau of Economic Analysis, which it sees as more accurate for its purposes.

Those interested in learning more about the cost of living and other financial topics may want to consider enrolling in one of the best personal finance classes.

While the CPI is a factor in determining the incomes of many Americans, it is far from the only one. Our research has found that both consumer prices and household incomes generally rise over time, but hardly in lockstep.

As the top graph below shows, the CPI tends to rise at a fairly smooth pace over time (although the inflation-wracked 1970s accelerated the curve, as the graph also makes clear).

But as the second graph shows, household incomes follow a more jagged path, even declining for periods of time, such as during recessions.

What’s more, even seemingly small annual increases in the cost of living can add up over the years, much the way that compound interest works. For example, the CPI-U rose at a relatively modest rate from 2010 to 2022, averaging 2.3% a year over that 12-year period. All the same, the BLS’ CPI Inflation Calculator shows that $100 in December 2021 would only have gone as far as $77.72 did back in December 2010, losing more than $22 in buying power.

Are Americans Falling Behind?

Many Americans’ personal experience suggests that wages have not kept up with the cost of living in recent decades. The data, however, are more nuanced. As a 2018 Pew Research Center report noted, “today’s real average wage (that is, the wage after accounting for inflation) has about the same purchasing power it did 40 years ago.” But, Pew also noted, “what wage gains there have been have mostly flowed to the highest-paid tier of workers.”

That wages overall have more or less kept up with inflation is not necessarily good news—especially in a country that has long prided itself on being a land of opportunity, where people who work hard can expect to see their standard of living improve over time. Economists refer to it as wage stagnation.

In fact, wage growth, as Pew notes, has barely budged for Americans toward the bottom of the economic pyramid, a phenomenon now recognized as income inequality. Workers who earn the minimum wage have been particularly disadvantaged. Some states tie their minimum wage to the CPI, while others leave it to their legislators to decide when increases are called for. The federal government takes the latter approach, and raising the minimum wage is a contentious political issue.

Because the federal government has been slow to raise the minimum wage, some workers have seen a substantial decline in their inflation-adjusted incomes. In 2018, “the federal minimum wage of $7.25 was worth 14.8% less than when it was last raised in 2009, after adjusting for inflation, and 28.6% below its peak value in 1968, when the minimum wage was the equivalent of $10.15 in 2018 dollars,” according to the Economic Policy Institute, a think tank.

February 1, 2023
We use cookies on our website to give you the most relevant experience by remembering your preferences and repeat visits. By clicking “Accept All”, you consent to the use of ALL the cookies. However, you may visit "Cookie Settings" to provide a controlled consent.
Cookie SettingsAccept All
Manage consent