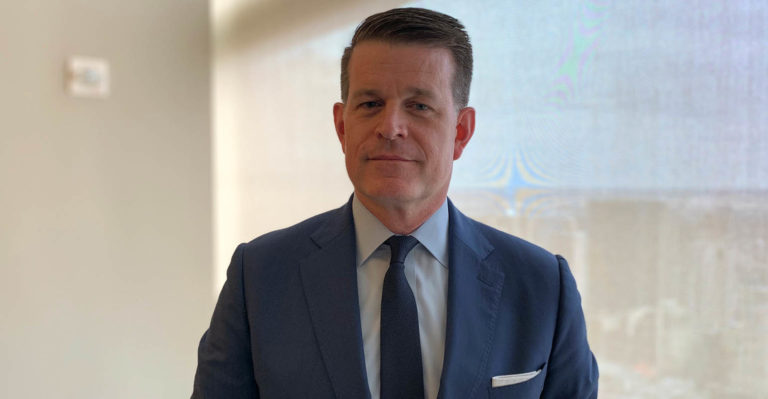 Goldman Sachs has been tight-lipped about the details of its custodial offering for registered investment advisors since the firm acquired Folio Financial’s clearing and custody technology in 2019. But the firm recently shared with WealthManagement.com some of the details about what it’s been quietly building, and how the firm is positioning itself out there among RIA custodians.

For one, it won’t be the custodian to all types of advisors; neither will it be the cheapest option out there, said Richard Lofgren, managing director and head of business development for RIA custody in the central U.S., who joined in 2020 from Schwab Advisor Services. Rather, Goldman will target a segment of advisors serving high-net-worth and ultra-high-net-worth clients looking for bespoke investment products, such as structured products and other alternatives not easily accessed outside of firms like Goldman, with its extensive investment teams and relationships with businesses and institutions. These clients have more complicated portfolios, Lofgren said, and will be looking for unique opportunities.

“My sense is that we don’t want to be all things to all people, but we do want to be everything to the right types of clients,” Lofgren said, in an exclusive interview at its lower Manhattan offices. “It’s that SEC-registered advisor that’s covering the high and ultra-high-net-worth client that really expresses that need for those complex solutions around trading and around execution and around perhaps access to structured products and some of the alternative investments that are out there. Those are things that perhaps somebody of a higher wallet might find attractive, invaluable.”

The RIA custody unit sits within Goldman Sachs’ global markets division, and that’s for good reason, Lofgren said. The firm’s trading desk is powerful; Goldman provides execution and custody services to many large institutional investors, transacting on over 97% of the world’s equities and derivatives exchanges. That capability will be on offer to its independent advisory clients.

RIAs on the platform will have access to the trading desk, which sits on the fourth and fifth floors of Goldman’s New York headquarters, where they can get help with liquidity events, concentrated equity positions and other complex situations.

“[Folks on the trading desk] love the challenges of the math aspect of it, of solving a problem, solving the need, looking for how to create something that’s in demand for an end client,” Lofgren said. “And I think if we can figure out how to harness and bring that together for an independent advisor, that’s going to make it super unique.” 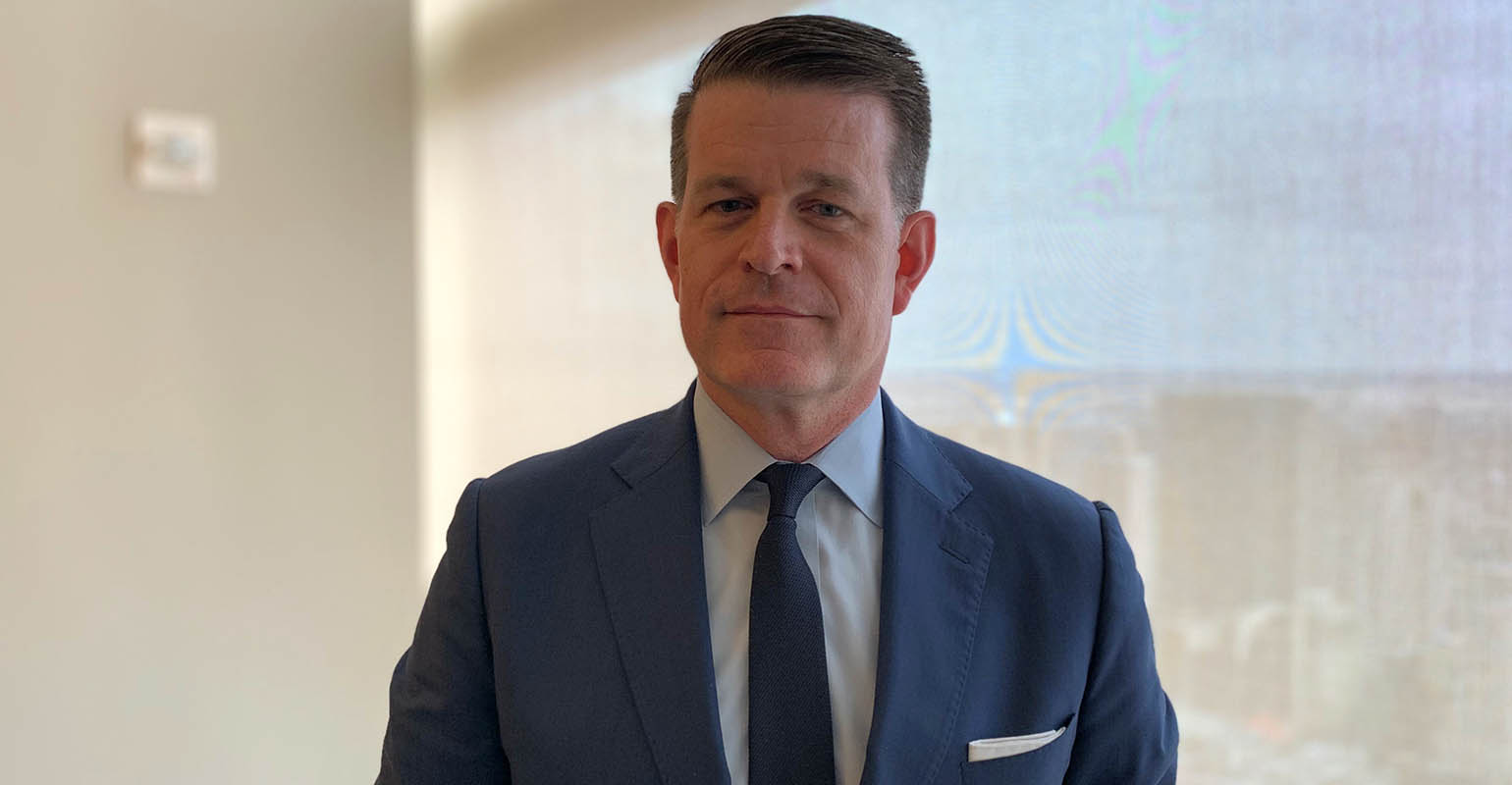 He said Goldman will also look to bring other capabilities from across the firm to its advisors, such as asset management, securities-backed lending, and global research.

“It’s not lost on me that the sun never sets on the Goldman empire, if you think about locations around the globe,” Lofgren said.

They may leverage the firm’s investment banking capabilities for those RIAs contemplating a liquidity event or sale, or capabilities on the consumer wealth side, including Marcus, its digital banking solution.

RIAs will pay a platform fee to custody with Goldman, and be given a choice between paying basis points on assets under management or a flat dollar amount. Lofgren declined to say how much advisors would be charged; he did say the firm is not interested in a race to zero, and that costs related to its tech stack would be embedded in the fee.

Traditionally, most RIAs don’t pay for custody services; custodians make money in other ways, such as cash balances, payment for order flow, transaction fees and fees from asset managers paying for shelf space. But many of these revenue sources are drying up, coming under greater scrutiny or seeing their margins erode from competition and innovation. Some custodians have talked about charging for custody. For instance, in 2019, Mike Durbin, head of Fidelity Institutional, told WealthManagement.com that a “not insignificant minority” of advisors who custody with that brokerage firm already operate under a fee-based model.

Goldman’s purchase of Folio Financial was about acquiring both technology and technologists, according to Lofgren. It also brought Folio’s clearing and custody business under Goldman’s control.

“The thing I find fascinating about fractional shares is the fact that that allows people to have a high degree of precision in portfolio construction,” he said.

Lofgren says about one-third of the custody unit’s employees are software engineers; they’re also leveraging Goldman engineers across the broader firm, which account for about one-quarter of its 40,000 employees at the end of 2021.

Yet, they’re not building a soup-to-nuts platform in-house, and Lofgren recognizes that many RIAs are multi-custodial. Much of the engineering work will be integrating with outside technology providers, including CRM platforms, trade order and portfolio management software, and financial planning systems. The firm has received a lot of in-bound calls from RIA tech providers that want to be in the mix, Lofgren said.

“I don’t believe that you’re going to see us eliminate the need for a trade order management system or portfolio management system, or be a [dedicated] tech provider,” he said. “We see a lot of them as really good, capable solutions out there. What we are asking ourselves is how can I pipe those together through an API structure, to where people can use that and get a nice snapshot of what’s going on with their clients?”

Lofgren declined to name specific tech providers it will work with. In November, InspereX announced it was providing a white-labeled version of its BondNav fixed income market technology to the custodian’s RIAs.

Goldman Sachs has been putting together an experienced leadership team from both internal divisions and outside RIA custodians to spearhead its efforts. The firm has tapped Adam Siegler, head of the private investor products group at Goldman, and Cameron Brien, an engineer at Goldman, to co-lead the division.

While some published reports have indicated that Goldman had certain timing in mind for announcing the official unveiling of its custody business to the broader market, Lofgren said the firm has never said publicly that it would be finished on a given date.

“We’ve purposely not been coming out with a public date,” he said. “This journey and what we’re building—it’s not a one and done. It’s a constantly evolving platform. We believe we’re going to continue to roll out capabilities and solutions and things from the firm at different points in time.”

For many independent advisors, Goldman represents another large Wall Street firm pushing proprietary investments, the antithesis of the business model that they say appeals to them and their clients. Goldman was, after all, one of the firms at the heart of the mortgage-backed securities market implosion that led to the financial crisis of 2008. The firm has since made financial restitution for its role, and is now subject to higher regulatory oversight. Still, some critics have argued that offering custodial services might be a tough pill to swallow for fiercely independent RIAs.

Lofgren knows that point of view, but is not concerned; he believes the power of the Goldman Sachs brand and the firm’s “cutting-edge thought leadership and capabilities” will be valued by many advisors, especially those new to the independent space.

“For folks that are launching their own firm, [the brand] will bring a sense of comfort and stability that perhaps will help them convince their clients to follow them,” he said. “There’s a certain mystique around Goldman Sachs. There’s a belief in creating something that is unique, that is not widely available for other people.”