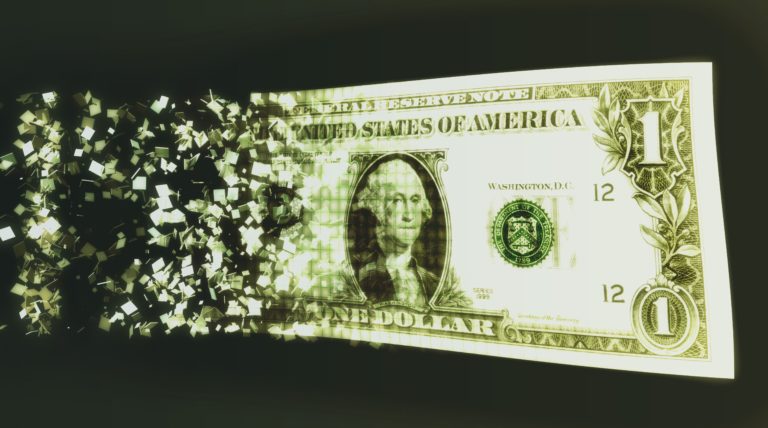 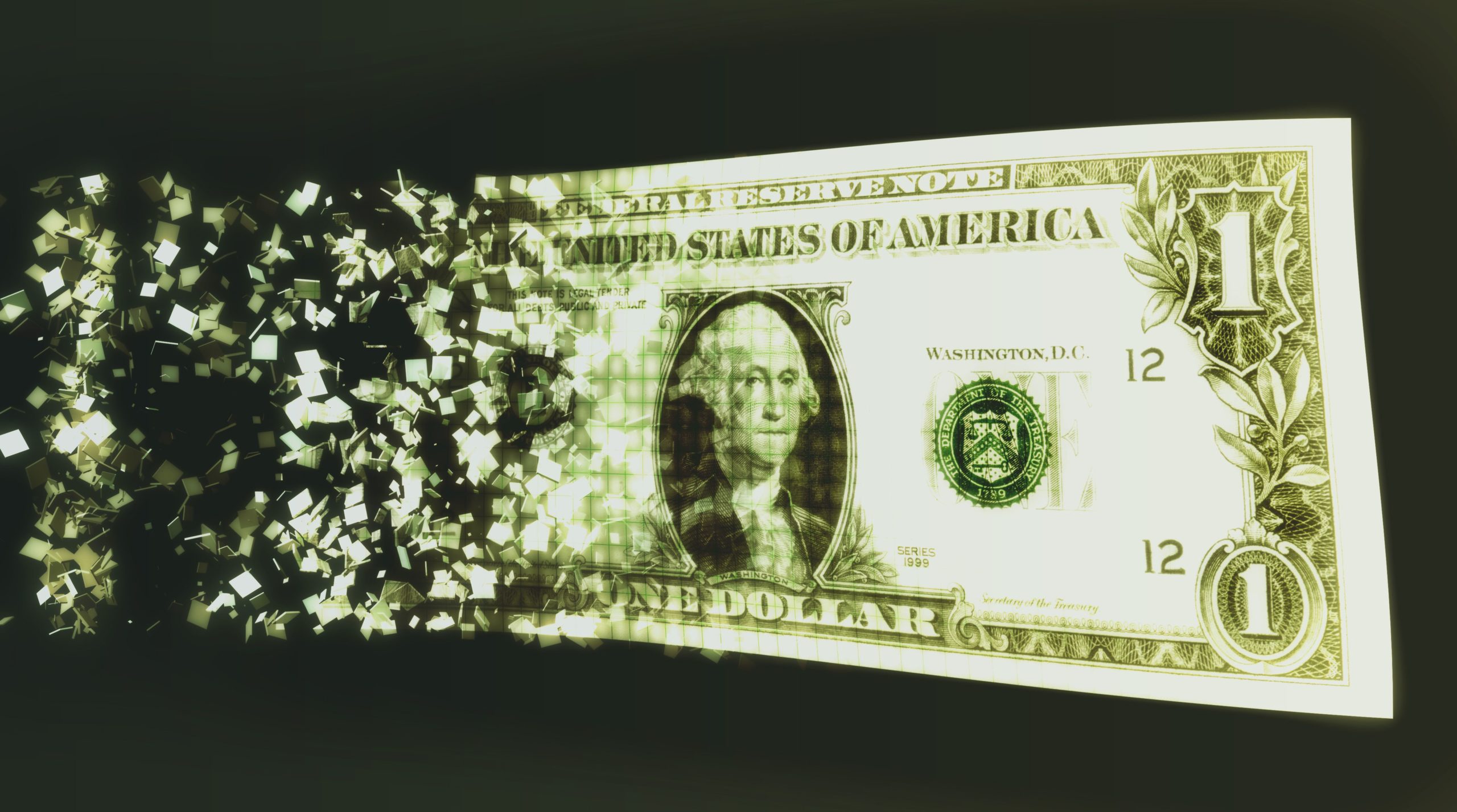 A central bank digital currency (CBDC) is a digital form of cash issued by a nation’s central bank. Digital forms of currency are already widely used today. When you swipe your debit or credit card instead of using cash, or when you are paid via direct deposit, the associated financial institution must digitally record the transaction and update your account balance.

A CBDC would support systems already established by private financial institutions by issuing a digital fiat currency that has the full backing of a central bank. In most countries, the only type of central bank money available to the public are physical bank notes.

Interest in CBDCs has skyrocketed in recent years. According to the Atlantic Council—an independent think tank headquartered in Washington, D.C.—a total of 87 countries are exploring issuing a CBDC as of March 2022. Less than two years prior, in May 2020, just 35 countries were considering a CBDC.

This article will focus on some of the largest countries currently developing a CBDC.

In February 2022, India’s finance minister Nirmala Sitharaman announced that the Reserve Bank of India (RBI) will introduce a digital rupee sometime in the 2022 to 2023 financial year, which begins April 1, 2022. If it sticks to its plans, India will be one of the largest economies to issue a CBDC.

The announcement came after a number of conflicting reports from the country’s central bank, beginning in 2018 when it threatened to ban all private cryptocurrencies from being traded in India. That law was struck down in March 2020 by India’s Supreme Court.

Details regarding India’s CBDC are scarce, but Sitharaman stated that a CBDC will boost India’s economy, increase efficiency and decrease costs of the country’s currency management system, and provide a stable, regulated digital currency that will counter private cryptocurrencies.

In a speech delivered on Feb. 14, 2022, Shri T Rabi Sankar, deputy governor of the RBI, expressed concern that the wide adoption of private cryptocurrencies would “undermine the ability of authorities to control money supply or interest rates.”

At the same time that it announced a digital rupee, India reported that it would be taxing private cryptocurrency transactions at a flat rate of 30%.

The Bank of Russia first announced plans to launch a digital ruble in October 2017. The country’s central bank stated that a CBDC would reduce the cost of payment services, promote competition among financial institutions, provide a convenient means of payment to its citizens in territories with limited access to financial infrastructure, and decrease Russia’s dependence on the U.S. dollar.

The digital ruble will be built on a hybrid platform that combines distributed ledger technology (DLT) and central control from the Bank of Russia. Unlike other countries developing digital currencies, Russia plans to make its CBDC available offline.

After Russia invaded Ukraine in February 2022, many commentators indicated that Russia could use cryptocurrency to evade sanctions imposed by other nations. A digital ruble would likely extend Russia’s ability to skirt international sanctions.

Brazil has been exploring a CDBC since at least 2020, after the successful rollout of PIX, an instant payment system created by the Brazil Central Bank (BCB). There have been 7 billion transactions completed, with more than 60% of the adult population counted as PIX users. Assured that Brazil has the infrastructure for a digital currency, the BCB indicated that it would launch a pilot of the digital real in 2022, with a final version expected in 2024.

Speaking in January 2021, Senator Rodrigo Cunha, president of Brazil’s Science and Technology Commission (CCT), explained that a digital real issued by the BCB would increase the efficiency of the monetary system, facilitate the faster and safer settlement of international financial transactions, and—thanks to the inherent traceability of a CBDC—help fight money laundering, corruption, tax evasion, drug trafficking, and terrorism.

Conflicting reports have been released regarding the technology used in Brazil’s digital real pilot. The lithosphere cryptocurrency platform, developed by the blockchain firm KaJ Labs headquartered in Seattle, released a press release claiming that it would be partnering with the BCB to launch the digital real, but the BCB later debunked this claim.

Although the United States has no confirmed plans to launch a digital currency, the Federal Reserve Bank has expressed interest in CBDCs. In January 2022, the Fed released a much-anticipated report providing economic context and weighing the benefits and risks of CBDCs. This report was described by the Fed as a “first step” in issuing a CBDC. Its purpose was to facilitate a broad discussion of the implications of a CBDC in the U.S.

The Fed’s report, The Dollar in the Age of Digital Transformation, indicated that a CBDC should:

The report also stated that the Federal Reserve will not proceed with issuing a CBDC unless given clear support from Congress, “ideally in the form of a specific authorizing law.”

How Many Countries Have Launched a Central Bank Digital Currency?

There are nine countries that have fully launched a central bank digital currency (CBDC). Eight of the nine countries are located in the Caribbean. Nigeria and its e-Naira became the latest country to institute a CBDC. It is the first country in Africa to create a CBDC.

Is the United States Going to Create a Central Bank Digital Currency (CBDC)?

The U.S. has no set plans to create a CBDC, but the Federal Reserve issued a report in January 2022 which invited public comment and weighed the potential risks and benefits of a U.S. CBDC. In March 2022, President Biden issued an executive order which directed Congress to “assess the technological infrastructure and capacity needs for a potential U.S. CBDC.”

A total of nine countries have already launched CBDCs, eight of which are located in the Caribbean. Nigeria, which launched the e-Naira in October 2021, is the latest country to issue a CBDC. As cash transactions become increasingly rare and more countries evaluate the benefits of digital currency, the number of central banks issuing digital fiat will only increase.

For a full list of countries and their CBDC status, visit the Atlantic Council’s CBDC tracker. 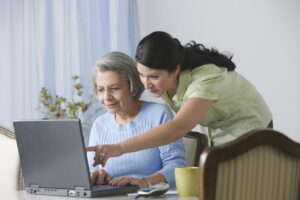