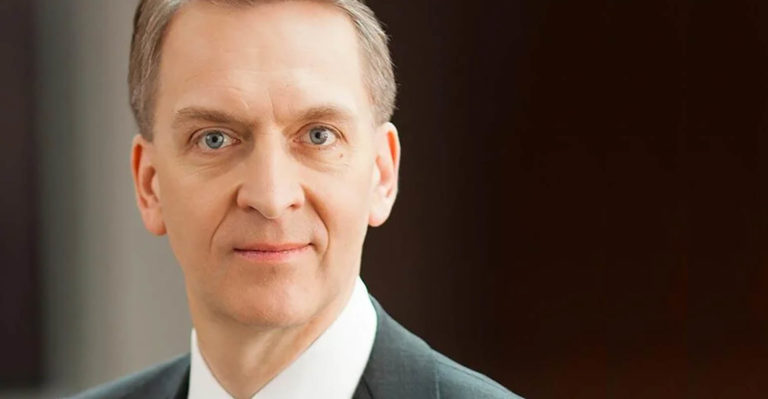 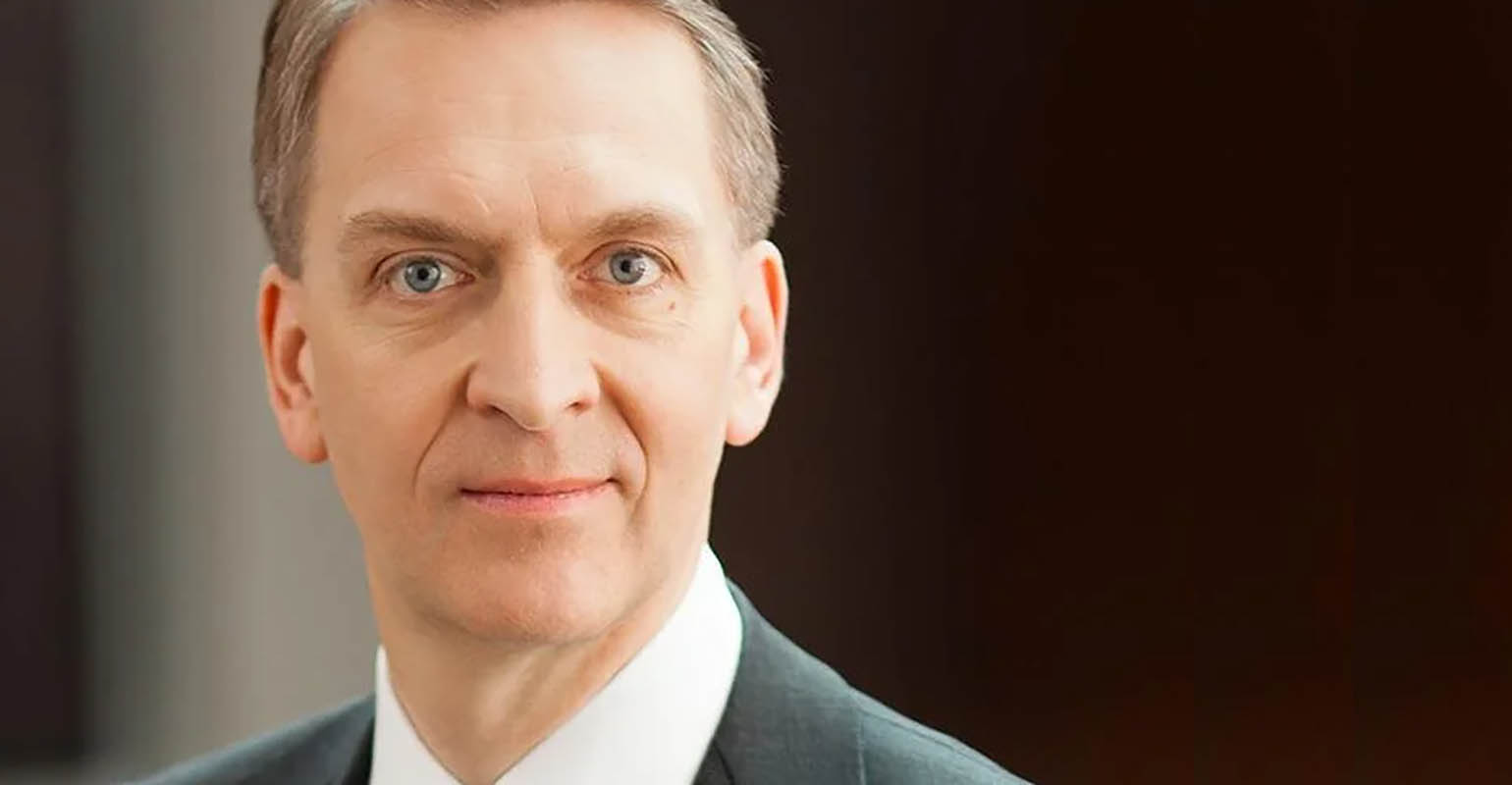 (Bloomberg) — Bruce Flatt, who heads one of the world’s largest alternative-investment companies, encourages his employees to make small mistakes every day.

“It means that we’re testing the limits of where we should be going,” the chief executive officer of Brookfield Asset Management Inc. said in an episode of “Bloomberg Wealth with David Rubenstein.” “Just don’t make any really large mistakes.”

Flatt, 56, has led Toronto-based Brookfield since 2002, increasing its assets under management to about $700 billion. He says the company’s stock price reflects the mantra of taking chances but avoiding big errors: The firm’s shares, including dividends, have returned more than 3,700% since Flatt took over. That compares with about 500% for the S&P 500 Index.

Brookfield focuses on infrastructure investments such as toll roads, utilities and real estate. Unlike many private equity firms, it uses its own balance sheet to invest alongside clients. It hired former Bank of England Governor Mark Carney last year to strengthen its environmental, social and governance business and is almost done raising a $15 billion fund to help companies and utilities decarbonize.

The company is also adding more wealth products for individual investors. Last year it started its own private real estate investment trust after taking over a portfolio of properties overseen by a subsidiary of Oaktree Capital Management. Flatt said the firm plans to create similar vehicles for infrastructure and renewables.

“Inflation actually is a positive for most of the things that we do,” Flatt told Rubenstein, co-founder of Carlyle Group Inc., on Bloomberg TV. But “if interest rates spiral out of control and go up a lot, then that changes the paradigm.” It’s an outcome that he fears but doesn’t expect to happen.

A Winnipeg native, Flatt grew up playing hockey before studying accounting at the University of Manitoba. He took a job at what is now Brookfield in 1990 and later moved into real estate after the company bought Olympia & York, the developer that built London’s Canary Wharf and the World Financial Center in New York before going bankrupt.

At age 29, Flatt was named head of real estate at Brookfield and became CEO about seven years later. He has a stake in the company valued at about $3.5 billion, according to data compiled by Bloomberg.

Flatt splits his time between London, where he lives, and New York when not traveling to visit clients or other offices. He spoke with Rubenstein about why Brookfield has avoided direct investments in Russia and Ukraine, where he’d put $100,000 today, the best investment advice he ever received and how he’s a fan — and regular user — of London’s Underground.

The interview has been edited and condensed.

Let’s talk about the current investment environment. Russia has invaded Ukraine. Are you involved in Russia or Ukraine?

Even though we’re global, we don’t have to be everywhere. We don’t sell consumer products, generally. Maybe some of the businesses do, but we don’t.

What we need is rule of law in a country, a culture of respect for capital, a place that’s big enough to invest and that we can operate with the standards we do in the U.S., for example. And those two countries just, for whatever reason, didn’t fit one of those things. And so we don’t have direct investments.

But every business around the world is going to be affected in some way, so there’s no good news coming out of this.

In the U.S., inflation is roaring at a relatively high rate compared to where it’s been the last 30 years or so. Is inflation a big concern for you?

We invest in alternative investments. We own businesses or assets which adjust their revenues over time. We don’t own fixed-income instruments.

So inflation actually is a positive for most of the things that we do. If this office building costs X to build today and inflation comes, it’s going to cost X plus something, which means that the rent to justify a new building is more.

The real issue is interest rates. If interest rates spiral out of control and go up a lot, then that changes the paradigm of businesses. We don’t think that’s going to occur.

What does Mark Carney bring to your firm? Why do you need a central banker at Brookfield?

We’ve known Mark for a long time. He’s a special individual. In addition to being a macroeconomist and a central banker, he has a passion about the transition of the world to lower carbon. And we brought him in to help us put together a strategy and a fund.

We’re in the midst of closing out a $15 billion fund. It’s exciting for him to be able to take his strategy and invest off of it. But I think it’s also good for the global economy.

What kind of companies are you looking for that will be transitioned through this fund?

It will be our traditional renewables businesses: solar, wind. More importantly many companies, especially power companies, need to replace fossil fuel generation with renewables. We are going to help companies and their balance sheets, because they just can’t raise money, to be able to transition off of coal.

You’re trying to get pretty good rates of return from this, right?

At cocktail parties, do people come up and say, “I’d like to invest with you, but I don’t know whether I should invest in your stock or one of your funds?”

What are the biggest challenges in running a company like yours? What do you worry about the most?

Everyone always thinks about geopolitical events, and one needs to be careful in business with everything they do. But in the fullness of time, all geopolitical events pass. Wars, explosions, recessions — all those things, they come and go. And they’re really important at the time, but in the fullness of time, if you have good businesses in great places and keep compounding returns, you’ll earn excellent long-term returns.

You seem like a low-key guy. What happens if you lose money on something? Do you yell and scream at people? Do you fire them, or you have somebody else do that?

Have you ever made a big mistake that really hurt this company?

We’ve made lots of little mistakes, but you can’t compound at 17% for 30 years, or 20% annualized for 20 years, and make any big mistakes. It’s impossible.

What’s the argument for giving money to somebody like you, as opposed to an index fund?

If an individual has very little knowledge of investing, owning a passive index fund in equities is probably the right thing to do. Put their money in, don’t sell. Just keep it in and let it compound over a long period of time. If you have any ability to meet people that can provide products to you and you trust them, money should go into products like ours.

What are the biggest concerns you have with the private investment business. Anything keep you up at night?

Those two things are macro things we can’t control. But if those two things occur, then it changes the paradigm of what you should be doing with your capital.

What’s the best investment advice you’ve ever been given?

What do you think is the biggest mistake that average investors make?

Selling at the wrong time. Just keep at it. Keep your money in the market. Do not sell.

If you want to be in the markets, buy Brookfield shares. If you want less risk and a more reasonable return, put it in one of the products that we offer in the wealth channels. Or we have an NTR (non-traded REIT). They can put it in there, and it’ll earn a reasonable return over time. It owns great real estate.

Many people know the CEO of Apollo, Carlyle or KKR, but you’re not as well known. Is that a conscious strategy?

It comes out of how the business operates and who you are. And it’s not better or worse. It’s just a little different. The focus is always on the business.

If you go to a restaurant and they say, “We don’t know who you are. You stand in line,” that doesn’t bother you?

I book on OpenTable.

Somebody told me you actually take the subway system. Most CEOs are not on the subway.

The most efficient way to get around, particularly in London, is the Underground, so I take it all the time. In New York, it’s efficient in some forms, but not so much.

Does anybody recognize you on the Underground and say: “Hey, you’re the CEO of Brookfield. You shouldn’t be doing this. You should have a car and driver?”

When you have a mask on these days, one great advantage is that nobody recognizes anyone.

To contact the author of this story:
Steven Crabill in New York at [email protected]