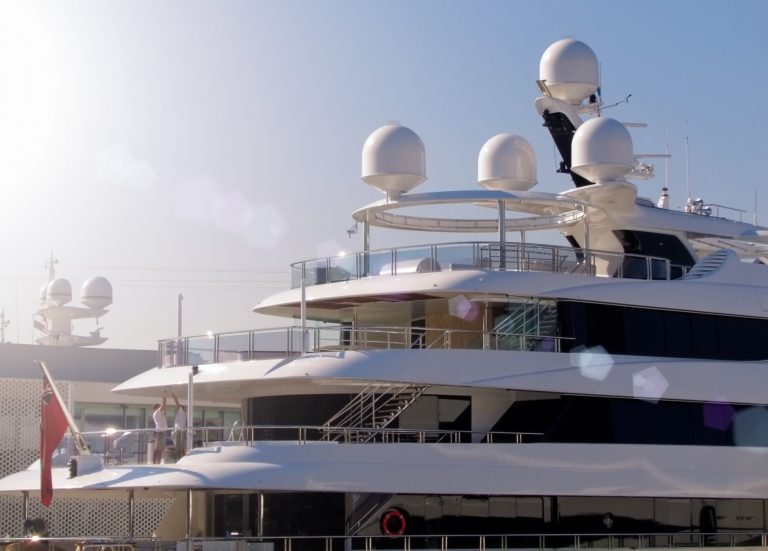 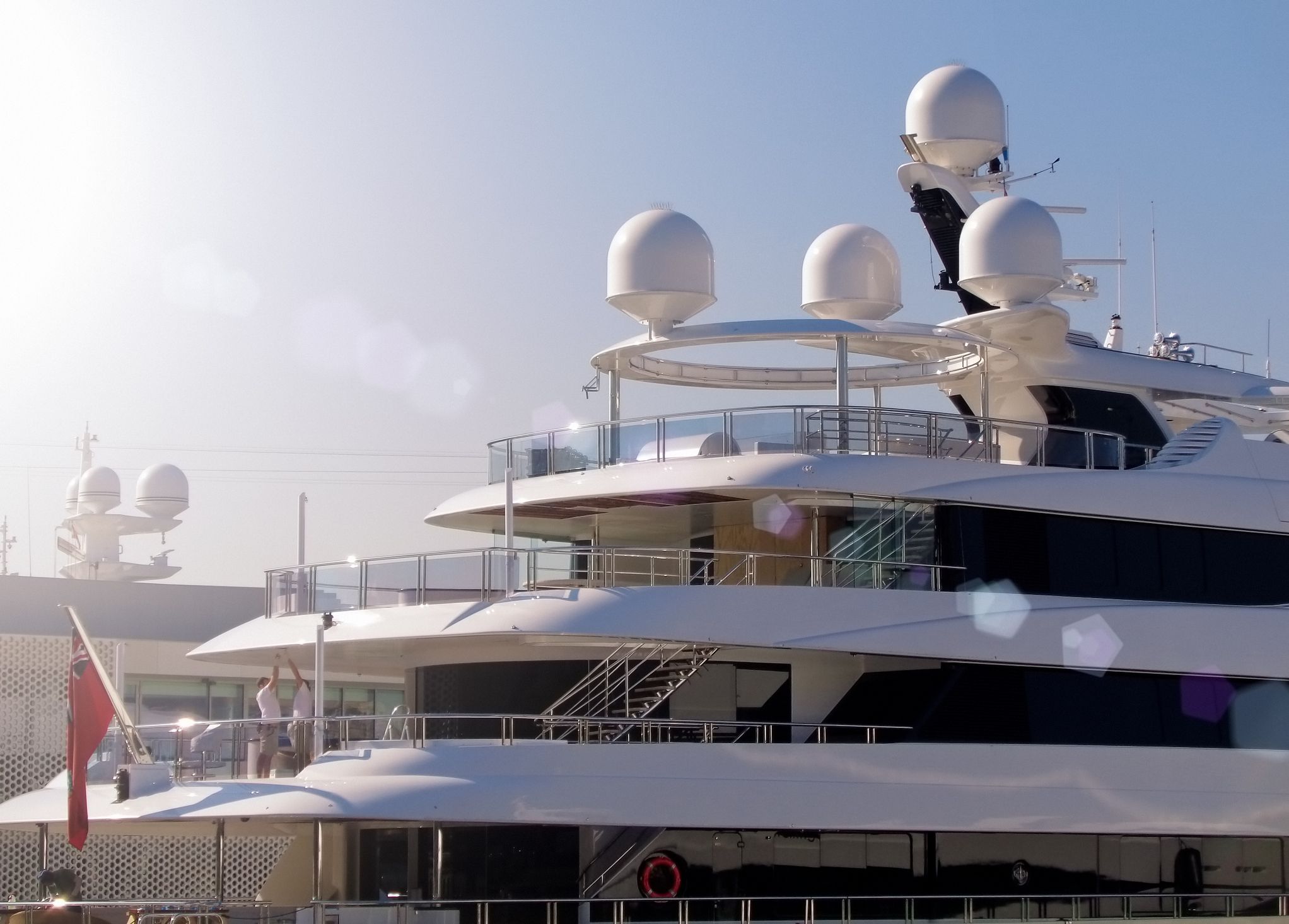 Many people perceive being wealthy as having a nice house, a late-model car, and maybe a summer cottage. But the kind of money that the wealthiest 1% of the world’s households has dwarfs this concept. This segment of the population owns large portions of major corporations, multibillion-dollar investment funds, islands in the Caribbean, and even rocket ships that could take them into outer space.

The average net worth of the 1%, aka the richest 1% of the global population’s households, has mushroomed over the past two decades. It now towers higher above the net worth of the average citizen than ever before. Here are some of the basic facts about how the 1% lives.

Before looking at the demographics of the top 1%, it’s important to understand just how much this portion of the U.S. population earns. According to the Economic Policy Institute, gaining entry into the top 1% club requires an average annual income of $823,763.

That’s a far cry from the annual income of $40,085 reported by the average American taxpayer (the bottom 90%). Those who want to become part of the top 0.01% would need to live in a household making an average of $2.9 million annually.

Although the media and politicians have largely portrayed this group as Wall Street fat cats, demographic analysis reveals a different picture. The wealthiest 1% are spread across many industries and come from many backgrounds. They include medical professionals, entrepreneurs, and executives, as well as those who inherited their wealth.

According to IRS data, the top 1% earned over 20% of the total adjusted gross income in the U.S. and paid just under 40% of all federal income taxes. They also accounted for just under one-third of all charitable donations.

The number of billionaires counted for Forbes’  35th annual list of the world’s wealthiest exploded to an unprecedented 2,755 in 2021—660 more than in 2020. Altogether, they are worth $13.1 trillion, up from $8 trillion on the previous year’s list.

Wealth-X, a “wealth intelligence” research and marketing firm that is part of the Euromoney Institutional Investor PLC Group puts the U.S. population of billionaires at 927. The total wealth of U.S. billionaires was $3.71 trillion. There were 410 billionaires in China.

The Economic Policy Institute reports that the net worth of the top 1% of American households rose steadily through the second half of the 20th century and beyond.

Moreover, the gap between the richest and the poorest more than doubled between 1982 and 2016.

The wealth of the top 1% continues to outstrip that of the entire middle class. In fact, the top earners hold more wealth than the middle and upper-middle classes put together.

There are a variety of reasons for the disparity, but one important factor is outsized stock ownership among the richest Americans. The 1% own more than 50% of the equity shares in both private and public companies. Much of their wealth comes from soaring stock prices.

That, of course, can leave them vulnerable to declines in stock prices. But they may get even richer if they take some of those stock gains and reinvest the money in investments that cater to rich investors, like hedge funds and private equity ventures.

Underlying Causes of the Wealth Gap

Much of the growing disparity can be traced to the steady flow of tax breaks for income, gifts, and estate taxes. These can disproportionately advantage rich Americans. For example, the first $12.06 million of an inheritance is exempt from taxes as of 2022.

Although the middle class also benefited from the reduction in taxes, it allowed the wealthy to retain a much greater portion of their assets and pass them on to their heirs.

In fact, there’s been a lot of debate about how the Tax Cuts and Jobs Act (TCJA) of 2017—passed by the Trump administration—has influenced the wealthiest Americans.

The Trump White House consistently defended the bill, saying it helped put money back in the pockets of the middle class. Others disagreed.

In their book, The Triumph of Injustice (2019), economists Emmanuel Saez and Gabriel Zucman argue that the tax reform bill gave the wealthiest households an effective lower average tax rate than the rest of the U.S. population.

Criticism of the Top 1%

There’s been a lot of criticism of the world’s ultra-rich, especially those living in the United States. They’ve been accused of hoarding their wealth, lobbying for tax breaks, and not contributing their fair share in taxes.

Responding to the criticism, many politicians are calling for more taxes on the wealthy. Senator Elizabeth Warren proposed a tax on ultra-millionaires as part of her 2016 campaign to become the Democratic presidential candidate for the 2020 election. Senator Bernie Sanders, also a candidate, pushed for an estate tax hike, meaning billionaire heirs would pay more in taxes.

Taxes aimed exclusively at the 1% have not gotten very far to date.

However, President Joe Biden managed to get through some measures that pursue new revenue sources from wealthy Americans in his 2022 Inflation Reduction Act. These include:

How Much Net Worth Is Needed to Be In Top 1%?

What Is the Net Worth of the Top 1% of Americans?

The total net worth of billionaires in the U.S. is $3.71 trillion.

What Percentage of the Population Has a Net Worth of $1 Million?

Like the poor, the rich are always with us: Disparity in income is inevitable in a capitalist society and a free-enterprise economy. However, the fact that the disparity seems to be increasing is a source of growing concern for many.

The uneven impact of the COVID-19 pandemic shed a brighter light on an issue that had been developing for years: In the U.S., the share of the nation’s wealth held by the top 1% increased from 23% to nearly 32% between 1989 and 2018.

Even billionaires such as Warren Buffett have expressed amazement that they often pay less in taxes than their employees do. Whether the 1% should be left alone or whether their wealth should be somehow shared will doubtless be an ongoing debate.

Another Tax on the Horizon for NY Residents