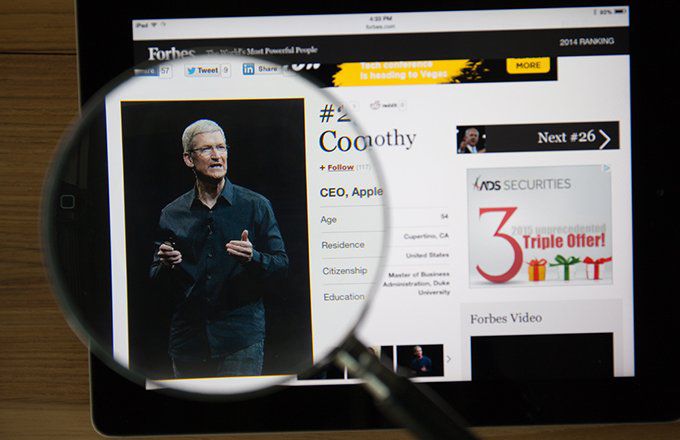 Who says you need a college degree to be one of America’s top chief executive officers (CEOs)? Well, the law of averages does. While there are a few exceptions, including Bill Gates and Mark Zuckerberg, having a formal education is a standard requirement for the top tier of the business world. The path to becoming a Fortune 500 CEO can include more than a college degree, but make no mistake—it often includes a stop at one (or two) of the country’s colleges or universities.

While a bachelor’s and a graduate degree are common for top CEOs, there is no single major or graduate degree that they all share. Although business and computer science degrees are solidly represented, there are some less common inclusions. And of course, the majority of the CEOs obtained a Master of Business Administration (MBA). Keep reading to discover the undergraduate and graduate degrees of some of the country’s top CEOs.

A native of Jonesboro, Arkansas, McMillan began his career at Walmart as a summer associate at the company’s distribution center. He was also an assistant manager and a buyer trainee. Before he took the reins as CEO of Walmart, McMillon led the company’s Sam’s Club division, and then Walmart International. McMillon is also a member of the Business Roundtable and serves on a number of boards including the American Workforce Policy Advisory Board.

Born in Wichita, Kansas, Darren Woods has a long history with ExxonMobil. Woods joined the company in 1992, working both domestically and internationally in positions for Exxon Company International, ExxonMobil Chemical Company, and ExxonMobil Refining and Supply Company. He was elected president of ExxonMobil and a member of the board of directors in January 2016. He succeeded Rex Tillerson (who went to serve in the Trump administration) as chair of the board and CEO in January 2017.

While there are a few exceptions, having a formal education is the norm for the top tier of the business world.

Almost everyone has heard of Warren Buffett, the man behind Berkshire Hathaway. Investing is a family trait that Buffett inherited in his hometown of Omaha, Nebraska, from his father, a stockbroker and U.S. congressman. At the age of 11, Buffett made his first investment, and by the age of 13, he was selling horse racing tip sheets and operating a paper delivery service. Buffett has a long history of operating success and an incredible investing track record that’s made him one of the best value investors of all time.

Born in Mobile, Alabama, Tim Cook took the reins as head of Apple in August 2011. Before joining the company, he served as the North American fulfillment director at IBM (IBM) and as a chief operating officer (COO) at Intelligent Electronics. He was also vice president of corporate materials at Compaq Computer Corporation.

Brian Tyler has well over twenty years of experience with McKesson, having served in many leadership roles. Tyler became CEO in 2019 after having led several major businesses within McKesson. He was also the COO, overseeing the company’s global business operations, CEO of McKesson Europe, as well as president of McKesson Specialty Health.

Born and raised in Ware, Mass., Karen Lynch has been working in the healthcare industry for more than three decades. Prior to becoming president and CEO of CVS in February 2021, Lynch served in a variety of leadership positions in the company and its subsidiary, health insurance company Aetna. Lynch also has an honorary doctorate of humane letters from Becker College.

Born in Scarsdale, New York, Andy Jassy joined Amazon in its early stages in 1997, starting out as the company’s marketing manager. He led many leadership positions in Amazon’s cloud computing subsidiary, Amazon Web Services, including CEO. Jassy became CEO of Amazon on July 5, 2021, after founder Jeff Bezos stepped down from the role.

John Stankey has worked with AT&T since 1985. He has served as CEO for several of AT&T’s subsidiary companies, including WarnerMedia, AT&T Entertainment Group, and AT&T Business Solutions, among other leadership positions. He was the president and COO of AT&T prior to becoming CEO of the telecommunications giant in July 2020.

Pichai was born in Chennai, India, and took over as CEO of Google’s parent Alphabet in 2019 following the decision by co-founder Larry Page to step down from the role. Pichai has also been the CEO of Google since 2015. With his education and early work experience at Applied Materials, Pichai joined Google in 2004 as head of product management and development. Pichai became a project manager leading initiatives on Google Chrome, Chrome OS, and Google Drive. He oversaw product development for Gmail and Google Maps as well as the debut of Chrome OS and the Chromebook in 2011.

Who Is the Highest Paid CEO?

Elon Musk, CEO of Tesla Motors (TSLA) and SpaceX was the highest-paid CEO in 2021, earning an astounding $23.5 billion. Musk earned his BA in economics and a BS in physics from the University of Pennsylvania.

Which CEOs Dropped Out of College?

Aside from Bill Gates (former CEO of Microsoft) and Mark Zuckerberg (CEO of Facebook/Meta), several other CEOs are college dropouts. These include Larry Page (co-founder of Google), Larry Ellison (CEO of Oracle), Michael Dell (founder of Dell Computer), and Jack Dorsey (former CEO of Twitter), among others.

Which College Has Produced the Most CEOs?

A recent study reveals that the top undergraduate institutions for producing CEOs have been:

America’s top CEOs have degrees in a number of majors. Each leader has a strong academic background that helped them develop discipline, inventiveness, and analytical skills. Those who pursued an MBA increased their business acumen while honing their management and leadership skills. 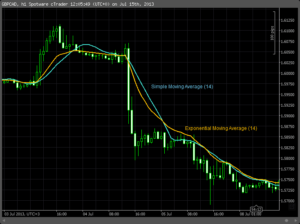