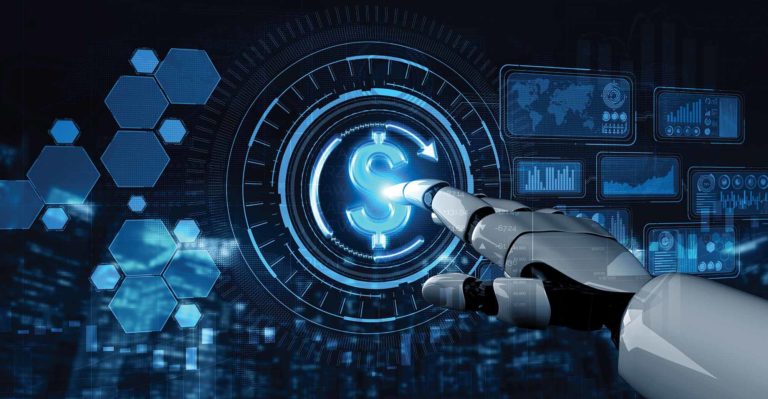 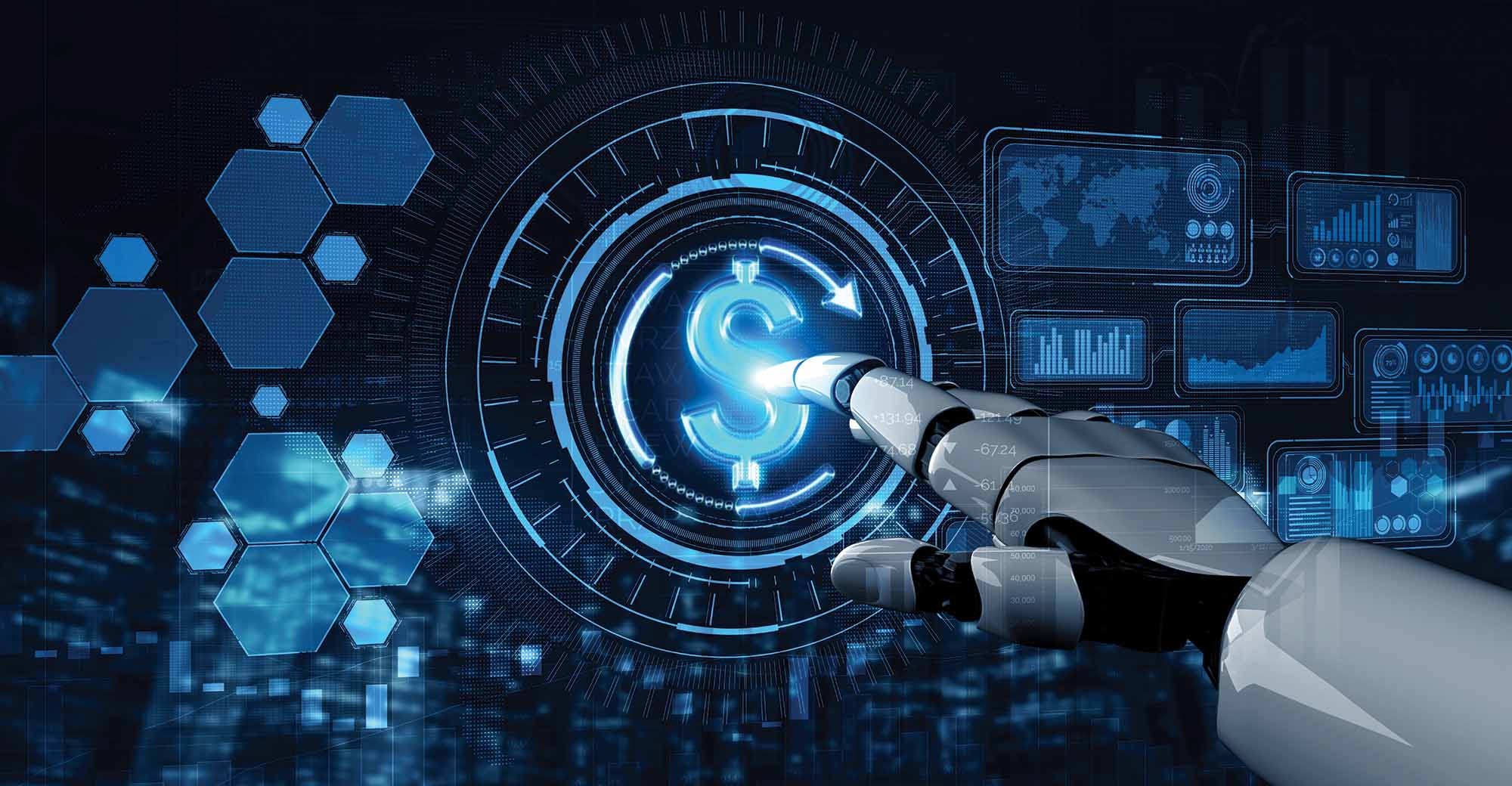 The lion’s share of technology coverage at WealthMangement.com focuses on the daily iterations of technology relevant to financial advisors and wealth managers—as well it should.

While this focus does a good job of keeping track of what’s new, it’s a myopic view of how the broader society is progressing when it comes to innovations in wealth management.

Related: What Advisors Want From WealthTech

For this year’s annual technology issue, we have done something a bit different. We reached out to high-level thinkers in academia and think tanks who are themselves tracking or working on issues of wealth creation, management and preservation.

We asked each the same questions: Where will wealth management technology be both five years from now and at midcentury in 2050? What aspects of it are going to have the most profound effects on the industry and how will it evolve?

“Competition and technology have led to the democratization of investing and driven down costs, which are very positive developments for the individual investor,” said Burton G. Malkiel, emeritus professor of economics and senior economist at Princeton University in New Jersey.

“In the wealth management business, we see the same thing happening as the complete transformation we saw in the mutual fund industry,” he said of the extreme reduction in costs over the years.

“The wealth managers at first charging one to three percentage points of the amount managed had large minimum fees and, while many people needed the advice, it was very expensive,” said Malkiel.

“The Wealthfronts and Betterments of the world are the beginning and not the end of this; we will see a lot of hybrid models,” he said of the two automated investment and financial companies, noting how the firms introduced many features that could only be found previously from far more expensive wealth managers. These include international diversification and different types of assets that tend not to be perfectly correlated with one another, as well as tax management, rebalancing and now direct indexing, all at a comparatively low cost.

Over the longer term, looking out to 2050, Malkiel, now 89, said he could not be so specific. “What I do see is an inexorable compression of fees. I can’t tell you exactly what the technology innovations would be, but I’m certain there will be more clever ways to get people to save—far too many people are unprepared for retirement,” he said.

“What you will continue to see is that FinTechs will change the legacy institutions, and they are probably more likely to buy the tech than build it themselves. The flexibility of a young startup that is willing to take on the risks is where a lot of the innovation will continue to come,” said Malkiel, who is currently working on the 50th anniversary edition of his bestselling book on investing, A Random Walk Down Wall Street, first published in 1973.

Karen Biddle Andres of the Aspen Institute says data will drive innovation both in the near term and into the future.

“On the wealth side, I think what we are going to see is convergence,” she said. Andres is director of policy and market solutions and project director of the Retirement Savings Initiative at the institute.

“Wealth management will become indistinguishable from financial management,” meaning an end to siloed data and decision-making, and aggregating data to automate next-dollar financial decisions in terms of spending and debt reduction to fuel longer-term investment strategies and better life-time outcomes.

While incumbent firms in the industry have, for years, worked toward solving these problems for the wealthy, for the mass affluent and mass market, debt is possibly the single-largest factor determining financial outcomes, including student debt and auto debt, which she said are at an all-time high and rising.

“If you step back and think about how are you going to close the wealth gaps—regional, racial, generational, it is going to mean further democratizing access to a broader range of tools to help everyone build wealth,” said Andres.

“We are at the very beginning of seeing how blockchain technology can help with this,” she said, pointing to what is arguably an immediate-use case for the technology.

“Take money transfers across borders. There is a world where the friction of that transaction is taken to zero,” she said, noting a means whereby technology could free up huge potential savings for one segment of the population.

“There is also the ongoing dialogue of how the distributed ledger can assist record-keepers, whether tracking the ownership of accounts and helping to drive down costs, increase speed and make data more real time and accessible,” said Andres.

“I think in 2050 we will have used better user experience and personalization to close part of the gap, and that will have a major impact on next-dollar savings, emergency savings, debt and retirement savings,” she said.

John C. Scott, director for The Retirement Savings Project for The Pew Charitable Trusts, singles out the integration of different sources of data as a major development. He envisions something along the lines of a typical advisor’s account aggregation service, but on steroids and available to all, including an investor’s advisor, if they have one.

“In my own little retirement world we know, for example, that there is a lot of retirement money left behind when people leave jobs, and the system hasn’t done a good job at keeping track of it,” he said, referring to orphaned 401(k) and IRA accounts.

A step in this direction, he points out, is already well underway in the United Kingdom with the ongoing development of the Pensions Dashboards Programme. The U.K. government estimates that people will have, on average, 11 jobs during their careers—and that will likely mean 11 different pension accounts. A version of such a dashboard, first called for by the U.K. government’s Financial Conduct Authority in 2016, could be fielded later this year for evaluation by early adopters.

“This is one of the promising things I can see happening [here], but it may need some regulatory help to make it fully functional,” he said.

Part of what is being worked out in the U.K. is the plumbing required to offer accounts with a basic dashboard available from the government, while still allowing providers a robust framework on top of which to create their own features. Capitalize, a startup based here in the United States, estimated, using data from the Center for Retirement Research and others, that in 2021 there were 24.3 million forgotten 401(k)s holding $1.35 trillion in assets, with an additional 2.8 million accounts left behind by job changers each year.

Beyond the subject of saving enough, Scott said that researchers will have to apply advanced technology to the decumulation side of retirement.

“There are just a host of complicated decisions to make on the decumulation side, from when a couple should start taking Social Security, to health care costs and predicting long-term care needs and income requirements—these are perfect problems for artificial intelligence to solve,” said Scott.

“I think that will get better sooner rather than later, because many employers today want to help their older workers transition out of working,” said Scott, adding that another development to watch is the effect on the industry when the DOL issues its final mandate requiring lifetime income disclosures on retirement account statements.

Joseph F. Coughlin, director of the Massachusetts Institute of Technology AgeLab, said that the future of wealth management has to go beyond questions just about money.

“The tech world is really good at clicks and efficiency but not that great with engagement, which goes profoundly deeper; it is emotional and that is where tech has to go,” he said, noting that having a slider telling you that you will need X number of dollars in retirement is absolutely valuable; but a new approach to anticipating, planning and preparing for older age is needed.

The AgeLab is exploring the types of services that will be desired by an older population and their families and care providers. Unlike in previous generations, Coughlin said, we have entered an age where retirement is now likely to comprise one-third of an individual’s adult life.

“Building the client’s portfolio is the price of admission, but going beyond that to what we are calling longevity planning, helping the client plan for the rest of their life,” he said.

“And that is why the future of AI and deep machine learning is about enabling advisors to better envision what life may become for their clients and provide the advisor with the ability to have deeper conversations,” he said.

Coughlin wrote at length on understanding this shift in lifespan in The Longevity Economy: Unlocking the World’s Fastest-Growing, Most Misunderstood Market, published in 2017.

“The last of the boomers, Gen X and especially the younger generations are omnivores of advice who grew up with What to Expect When You’re Expecting,” said Coughlin, noting that a lot of advisors look at AI-enabled wealth management tools as a threat, but that the better ones will see these advances in the frame of how much they can do to enable advisors continue helping their clients well into the future. 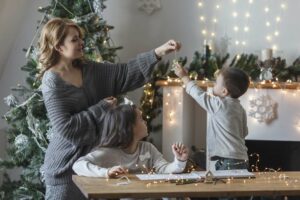 Why the Holidays Are a Good Time to Sell a House

February 1, 2023
We use cookies on our website to give you the most relevant experience by remembering your preferences and repeat visits. By clicking “Accept All”, you consent to the use of ALL the cookies. However, you may visit "Cookie Settings" to provide a controlled consent.
Cookie SettingsAccept All
Manage consent