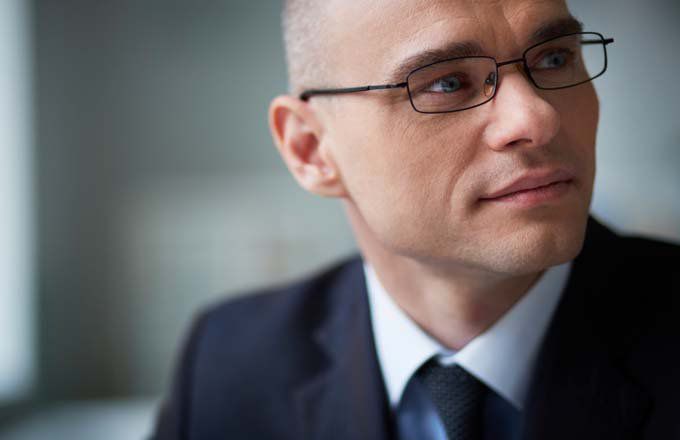 What Are Characteristics of Successful Entrepreneurs?

The first thing that any entrepreneur will tell you is that success doesn’t come from staring at a computer screen reading articles like these. It starts with an idea.

Entrepreneurship can mean many things, but ultimately, it’s about paving your own path. So you have what it takes to be an entrepreneur? In this article, we’re going to look at the rise of one of New York’s most successful entrepreneurs, Michael Bloomberg, analyze the choices he made on the way to the top, and compare that with expert opinions on achieving entrepreneurial success.

Michael Bloomberg first achieved success as a stockbroker, then a billionaire entrepreneur, then as mayor of New York City from 2002 to 2013. As of May 2022, Bloomberg’s net worth was around $82 billion. In 1981, he co-founded the New York-based financial information and media company, Bloomberg LP.

After putting down the company’s seed funding from his own severance package from a job he was fired from, he has retained an 88% stake in the business, which has a yearly revenue of more than $10 billion. He’s also a major philanthropist and has donated more than $12 billion to a variety of causes. He owns multiple homes from Bermuda to London.

So where did Bloomberg get his start? He started on Wall Street in 1966 with an entry-level job at the successful investment bank, Salomon Brothers. At Salomon Brothers, he excelled as a trader and was made a partner. But, in 1978, he was demoted to run the information technology division of the company until the company merged with the commodity trading firm Phibro.

In his own words, “In 1981, at the age of 39, I was fired from the only full-time job I’d ever had—a job I loved.” This was the company he’d worked for since graduating from Harvard Business School. The company he said he would never have left. And it was letting him go. While getting fired from a job you loved may sound like a failure, for Bloomberg, his termination was one of the most important steps towards achieving success. This takes us to our first key to entrepreneurial success.

Salomon Brothers gave Bloomberg a pat on the back and a severance check of $10 million and sent him on his way. “But I never let myself look back,” Bloomberg said of his firing, “the very next day I took a big risk and began my own company based on an unproven idea that nearly everyone thought would fail: making financial information available to people, right on their desktops.” Keep in mind, this was before people had desktops.

Bloomberg took a chunk of his $10 million, and wasting no time at all, created a business that merged the two skills he had developed at Salomon Brothers—knowledge of the securities and investment world, and of the technologies that made those deals happen. He thought that if he could build a system that took information about a mass of different investment types—stocks, bonds, and currencies—and organized it, traders could use it to see investment opportunities previously hidden by too much data.

In his book A Dozen Lessons for Entrepreneurs, a collection of twelve pieces of advice collected from various conversations with entrepreneurs and VCs, Tren Griffin makes an important point—that entrepreneurs must take action. Most entrepreneurs will tell you that the hardest part is starting. Griffin writes that “lots of people talk a good game about wanting to leave a big company for a startup, but when the time comes, most don’t do it.”

So Bloomberg was fired, and without a moment’s rest, hired four people from his old company and began creating then selling what would eventually become the well-known Bloomberg Terminal. He identified a major problem—the inaccessibility of investment data was preventing traders from making smart investments—and thought of a solution, but most importantly, he took a risk and went all-in.

Be Persistent. Make Your Own Luck.

This takes us to our next lesson. So Bloomberg has an idea, and he thinks it can impact the entire financial world, but no one thinks it’ll catch. This is where luck comes in, but this is a different kind of luck. Bloomberg once said that “luck plays a part in success, but the harder you work, the luckier you get…Hard work creates opportunities where your resume cannot.” He worked tirelessly to get his name and idea out there.

When he started his company, Bloomberg would go downtown and buy cups of coffee and take them up to Merrill Lynch, his target audience, and just walk the hallways. “Hi,” he would say. “I’m Mike Bloomberg and I brought you a cup of coffee. Can I talk to you?”

Bloomberg kept coming back day after day, working to build relationships with potential customers. “I learned about the audience for our product and what they could really use,” explained Bloomberg. “Three years after starting Bloomberg LP, Merrill Lynch purchased 20 terminals and became our first customer.”

If Bloomberg hadn’t been persistent in talking to potential customers and understanding the market however he could, he may not have had such great success. His coffee cup trick illustrated the importance of persistence and creating your own luck, but it also illustrates another important lesson:

Find an Audience to Serve

Behind every good idea is a hypothesis, a belief that your idea will be valuable to a target market. For Bloomberg, that hypothesis was that investors could make smarter investments if they had better access to and understanding of investment data. He believed that technology that simplified and organized that data would be immeasurably valuable to the investing community. And he was right.

Bill Campbell, a businessman in Silicon Valley, explains: “At the core of any great business is an entrepreneur who creates a value hypothesis in the first place so that core product value (a real and significant solution to a valuable customer problem) can be tested and discovered.”

Entrepreneurs know their product inside and out. They also know the market. Most become successful because they create something that didn’t already exist, or they significantly improve an existing product after experiencing frustration with the way it worked. Remaining unaware of changing market needs, competitor moves, and other external factors can cause even great products to fail.

The last two pieces of advice may seem unrelated to the entrepreneurial endeavor, but Michael Bloomberg would beg to differ.

Never Stop Learning and Give Back

According to Bloomberg, the most powerful word in the English language is “why.” He doesn’t underestimate the value of an open mind and lifelong learning. “The world is full of people who have stopped learning and who think they’ve got it all figured out. You’ve no doubt met some of them already,” says Bloomberg. “Their favorite word is ‘no.’ They will give you a million reasons why something can’t be done or shouldn’t be done.” Bloomberg’s advice is to simply not listen to them. And certainly, don’t become one of them.

Finally, Bloomberg offers some wisdom on the meaning of success. “You are ultimately responsible for your success and failure, but you only succeed if you share the reward with others.” After serving as New York City’s mayor, Bloomberg returned to Bloomberg LP but also devoted more time to philanthropy, which had become a top priority for him. In 2019, he launched a self-funded campaign for the 2020 U.S. presidential election.

Bloomberg Philanthropies uses a data-driven approach that mirrors his approach on the Bloomberg Terminal. The organization focuses on five areas—public health, environment, education, government innovation, and arts & culture. Bloomberg has given $12.7 billion to a variety of causes and organizations. In his own words, “At the end of the day, ask yourself: ‘Am I making a difference in the lives of others?'” Only if the answer is yes can you call yourself a successful entrepreneur. 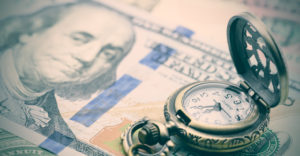