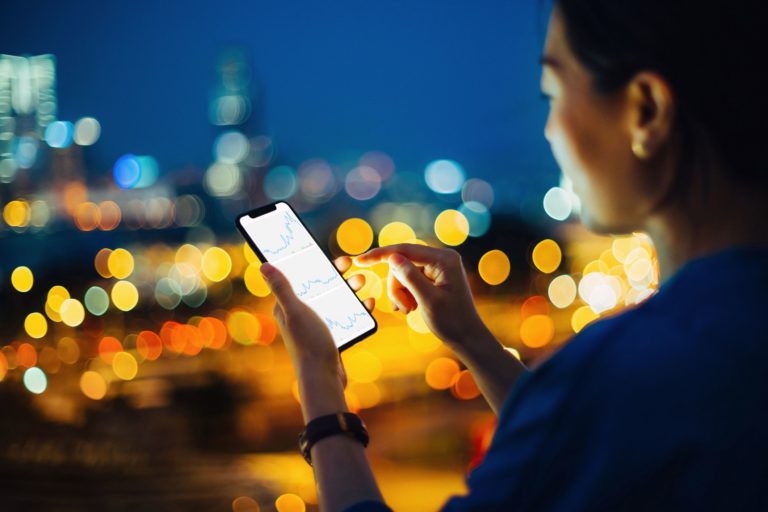 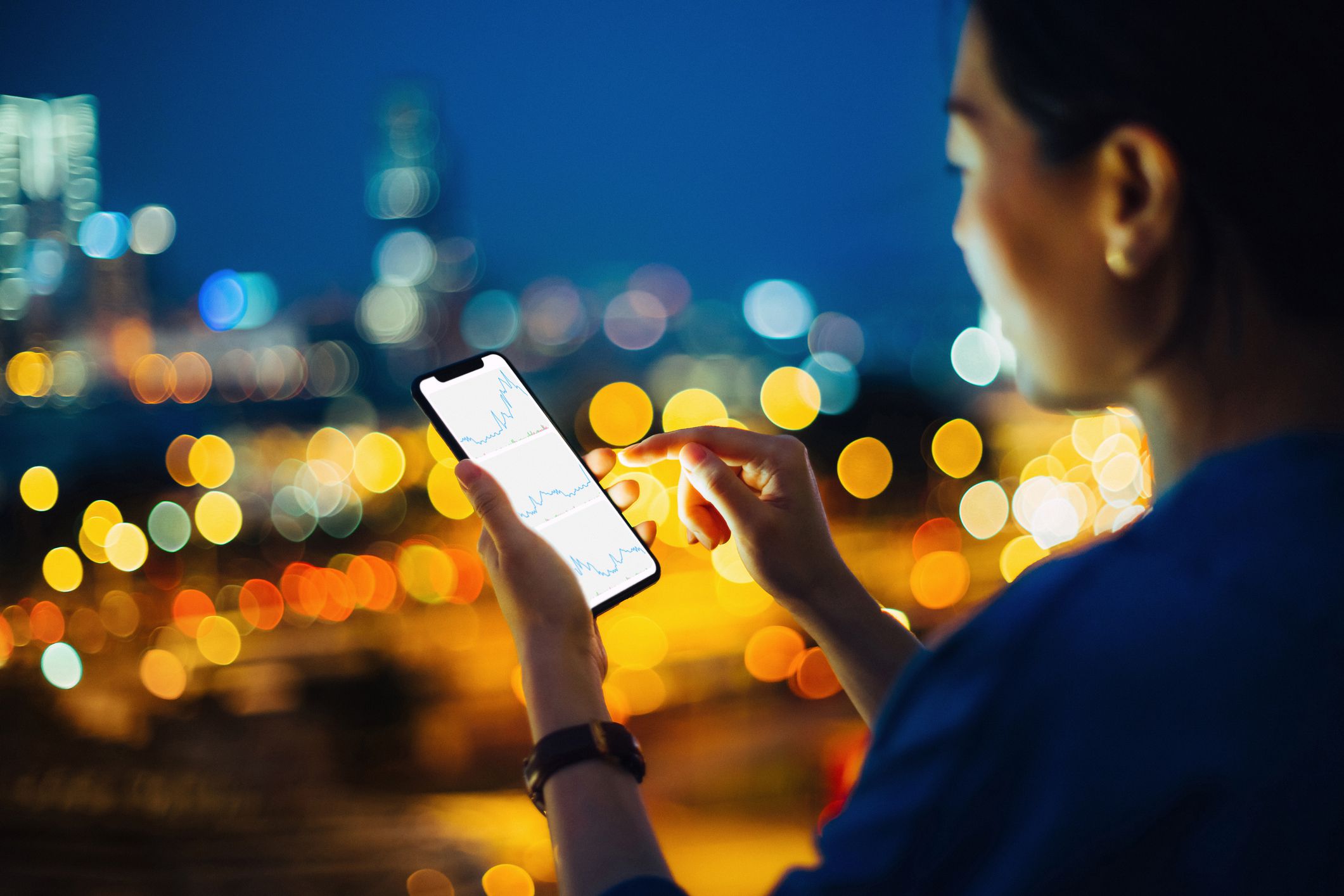 Finance remains a male-dominated profession, especially at the top. But there are now more opportunities in finance for women, thanks in large part to women who have pioneered in the field.

If you want to take on a leadership role in finance and are looking for models, then here are 10 top women investors who have achieved great success—often by being willing to stand out, take risks, and refuse to accept no for an answer.

Dubbed the “Grand Dame of Dividends,” Geraldine Weiss was one of the first women to make a name for herself in finance and to prove that women could be successful investors. She learned about investing by reading books, listening to her parents’ conversations, and studying business and finance in college.

Despite her studies, no investment firm was interested in hiring her as more than a secretary. In the face of rejection, she started her own investment newsletter in 1966 at the age of 40. To avoid further gender discrimination, Weiss signed her newsletter “G. Weiss.” It wasn’t until 1977, when she appeared as a guest on the popular PBS-TV program “Wall Street Week with Louis Rukeyser,” that she revealed her identity, after achieving a consistently successful track record.

Weiss’ value-based, dividend-oriented stock-picking strategy outperformed the strategies recommended by other newsletters and has achieved above-average returns even in poor markets. She published her newsletter, Investment Quality Trends, for 36 years until she retired in 2002. The newsletter still exists and still follows Weiss’ strategy.

Without ever graduating from college, Muriel Siebert obtained entry-level research positions in finance, eventually made partner, and went on to found the brokerage firm Muriel Siebert & Co. in 1969. In the mid-1960’s, tired of making less money than men in her field, Siebert was advised to apply to buy a seat at the New York Stock Exchange (NYSE) in order to earn more money. The process of buying a seat at the NYSE involved numerous rejections from men who declined to sponsor her application and difficulties in obtaining the necessary financing to meet the exchange’s expensive entrance requirements. She persevered, and became the first woman to buy a seat and become a member of the NYSE.

In 1975, after the federal government scrapped fixed commissions for brokers, Siebert moved into discount brokering, a new concept at the time.

Siebert went on to bring her financial expertise to politics, another male-dominated field. As New York State Banking Department superintendent from 1977 to 1982, and the first woman in that role, she helped prevent bank failures in a tumultuous market. As a Republican, she also made a bid for a U.S. Senate seat. Siebert passed away on Aug. 24, 2013.

Abby Joseph Cohen has been a respected and honored portfolio strategist for decades. After serving as a Federal Reserve Board economist in 1973, Cohen worked as an economist and quantitative strategist at major financial firms, including T. Rowe Price, before joining Goldman Sachs in 1990. She became a partner in 1998. Her positive and accurate forecasts of the 1990s bull market made her a star in finance and the media.

Cohen retired from Goldman Sachs in December 2021 to join Columbia Business School as a Professor of Business.

Mellody Hobson is co-CEO and president of Chicago-based Ariel Investments. She is a proponent of financial literacy and regularly appears on national television. Time magazine named her one of the 100 most influential people in the world in 2015.

Hobson is also chairperson of Starbucks and a director of JPMorgan Chase. Previously, she served as chairperson of DreamWorks Animation until its sale to Comcast. In addition, Hobson was a long-standing board member of the Estée Lauder Companies.

Hobson, who had been president of Ariel since 2000, was named co-CEO in 2019. She was recruited by founder and co-CEO John W. Rogers Jr. while she was a student at Princeton University. Hobson started her 30-year career as a summer intern.

Billionaire Abigail Johnson became chair and CEO of Fidelity Investments in 2016, after serving as president and CEO since 2014. She is the daughter of former Fidelity Chair Edward C. Johnson III and granddaughter of the company’s founder. She owns nearly 25% of the company, and her net worth (as of Feb. 2022) is estimated at about $22.8 billion.

There is no question that being born into the right family helped Johnson get where she is today. That said, as one of the largest mutual fund companies, with nearly $4.5 trillion in assets under management (AUM) as of 2021 and a 75-year history, Fidelity has too much at stake to put someone in charge based on name alone. Johnson earned an MBA from Harvard and worked as a customer service representative, an analyst, and was an equity portfolio manager with Fidelity for about a decade before earning her first executive position there.

Olayan entered the family business—which started in 1947 as a trucking business—in the early 1980s, when it was not common or socially acceptable for Saudi women to work at all, let alone to work in business. Since then, Olayan has been a champion for women in the workforce, employing hundreds of women over her tenure.

In addition to her high-profile position with Olayan Financing, she became the first female board member of a Saudi public company when she served as Deputy Chairman at Alawwal Bank in 2004. Furthermore, Olayan has been a member of Board of Schlumberger and Ma’aden. As of 2019, Olayan has been chairperson of Saudi British Bank and serves as the chair of Alawwal Bank.

StarVest was an early and primary investor in NetSuite. Farrington served as lead director and chair of the compensation committee of NetSuite until its $9.4 billion sale to Oracle in 2016.

She has been included multiple times in Forbes’ Midas List, a ranking of the top venture capitalists. In 2018, Farrington was awarded the Foreign Policy Association Centennial Medal for Achievement in Financial Services. Like Johnson, she earned her MBA from Harvard Business School.

As chief investment officer (CIO) of the fixed-income group at Franklin Templeton, Sonal Desai oversees no less than $157 billion in fixed-income assets. She joined Templeton in 2009 as director of research for global macro and assumed her CIO role in 2018.

Desai started her career in academia and later became an economist before working in finance. After earning her Ph.D. at Northwestern University, Desai taught economics at the University of Pittsburgh, but a desire to shape policy led her to join the International Monetary Fund (IMF) in the 1990s. Prior to joining Franklin Templeton, Desai also worked at an investment bank and a hedge fund.

Suzanne Shank co-founded Siebert Cisneros Shank & Co., which became the first minority-and/or-women-owned business enterprise (MWBE) to be a top 10 U.S. municipal bond underwriter. In 2019, the firm that she founded (and led as chairperson and CEO) merged with Williams Capital Group to form Siebert Williams Shank & Co., where she is CEO.

Shank initially studied STEM (science, technology, engineering and mathematics), completing a B.S. in civil engineering from the Georgia Institute of Technology before earning an MBA in finance from Wharton. After graduating from Wharton, Shank gained experience at a number of Wall Street firms before launching her firm.

Shank has also been keen to inspire and support the next generation of Black investors. She is currently a member of Wharton’s graduate executive board and Spelman College’s board of trustees, where she focuses on providing access to underrepresented minorities.

Fitzpatrick began her career in finance in the 1990s at O’Connor & Associates, as a clerk on the American Stock Exchange, until ultimately rising through the ranks to head the firm. O’Connor was acquired by UBS as the bank’s internal hedge fund. Before joining Soros in 2017, she had a 25-year tenure at UBS, becoming one of only a handful of women to ever manage a major hedge fund.

Who Are the Top Women Investors?

The top women investors occupy a number of roles in the financial industry, from CEOs to venture capitalists.

Muriel Siebert was the first woman to own a seat on the NYSE. Siebert is known as “The First Woman of Finance”. She never graduated from college.

Abby Joseph Cohen was an economist for the Federal Reserve Board before being a quantitative strategist at T. Row Price and Goldman Sachs. Her forecast of the 1990s bull run led her to prominence.

Mellody Hobson is co-CEO of Ariel Investments, a Chicago-based investment management firm with over $18 billion in assets under management. She became president of the company at age 31.

As CEO of Fidelity Investments, Abigail Johnson is one of the richest women in the world. Johnson oversees nearly $4.5 trillion in assets. Fidelity invested in cryptocurrency custodial and trading services in 2018, one of the earliest among large financial institutions.

Who Are Famous Women Venture Capitalists?

Deborah Farrington is co-founder of StarVest, a venture capital firm based in New York. Farrington made notable early investments in software-as-a-service (SaaS) companies, including NetSuite which was acquired by Oracle in 2016 for $9.4 billion.

Who Are Famous Women CIOs?

Leading CIOs also include Sue Brake, CIO of Australia-based Future Fund is responsible for $120 billion in assets, and Angela Buk is CIO of DTE Energy, with $13 billion assets under management.

Many women in finance still face gender discrimination and lower pay for comparable work. But the barriers are lower and the options more plentiful today than when Weiss, Siebert, and Cohen entered the field. 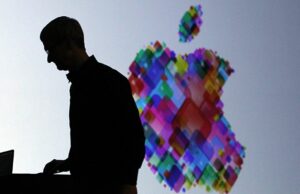